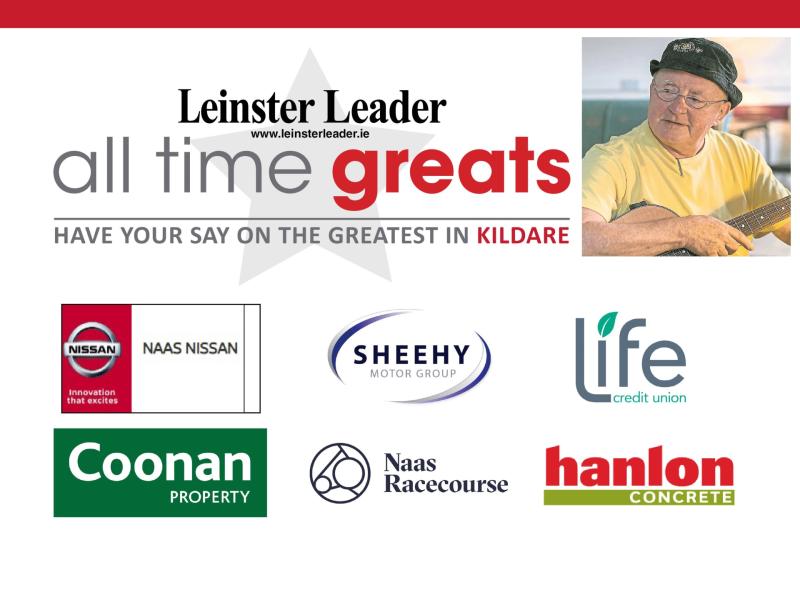 Born in Newbridge in 1945 and reared in the locality, where he attended school in Newbridge College, the landscape and people of Kildare have always figured strongly in the works of folk singer-songwriter extrordinaire Christy Moore.

The 1972 album Prosperous — named for the Kildare town in which it was recorded — brought Christy together with fellow musicians Andy Irvine, Liam Ó Flynn and Donal Lunny (the latter two also having strong Kildare connections) to form the legendary Planxty. He was also a founding member of Moving Hearts in the 1980s.

Christy’s song lyric topics range from scathing social commentary, love, life and the national insanity that was the Jack Charlton era, as encapsulated by Joxer Goes To Stuttgart. Long may he continue writing and performing.