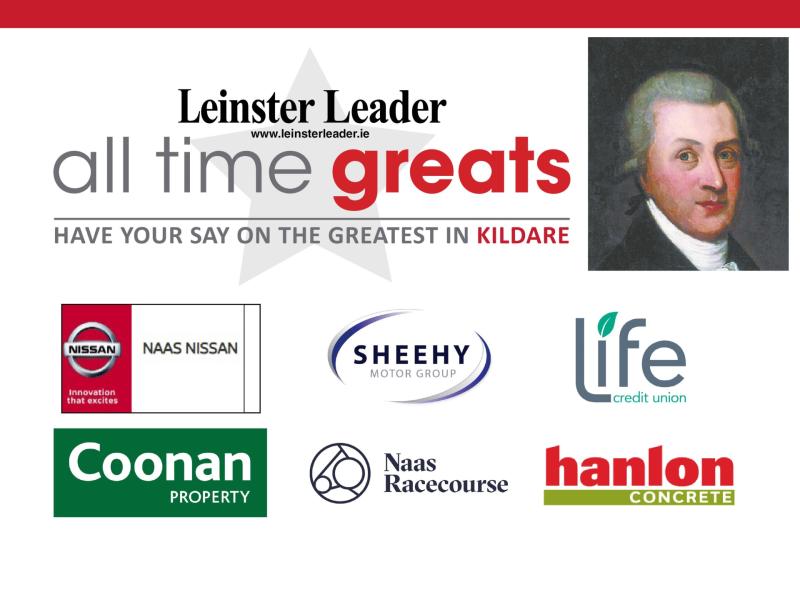 It’s debated whether he was born in Ardclough or Celbridge in 1725, but there’s no doubt that ‘Uncle Arthur’, who bequeathed to the world the famous ‘pint of plain’, is laid to rest at Oughterard Cemetery in 1803.

Guinness used a £100 bequest from a Church of Ireland clergyman to start his first brewery in Leixlip in 1755 — although he moved his operations to the world-famous St James’s Gate in Dublin five years later, where he, with admirable long-sightedness, agreed a 9,000 year lease.

From the late 1790s onwards, the Guinness family concentrated on brewing porter, and by the time of Arthur’s death, the brewery’s output was reportedly 20,000 barrels a year. Today Guinness is synonymous with Ireland, and the Guinness dynasty still retains links with north Kildare.