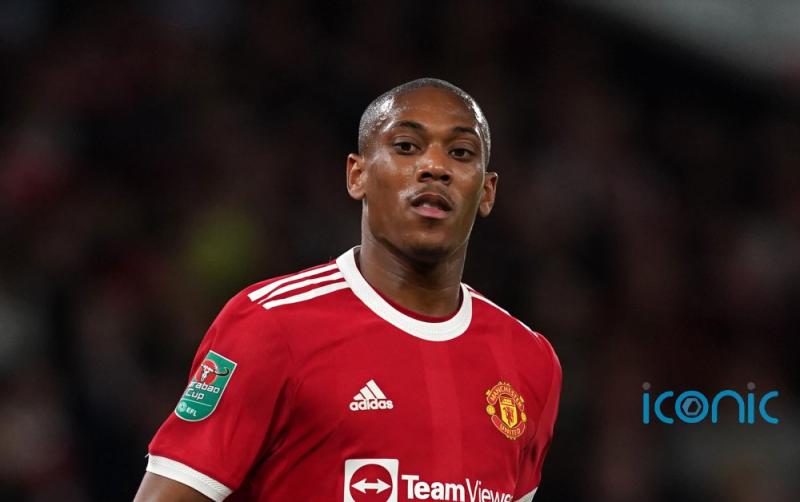 What the papers say

Manchester United forward Anthony Martial could be heading to Italy in January. The 26-year-old’s agent has said his client is looking to leave Old Trafford and Italian publication Gazzetta claims Juventus are interested in making a move. The Serie A giants reportedly could look to land the France international on a loan deal until the end of the season.

United boss Ralf Rangnick may hold the key to signing Antonio Rudiger from Chelsea on a free transfer, writes the Daily Mail. The Germany defender’s contract expires at the end of the season and it is claimed Rangnick’s relationship with Rudiger’s agent could see the 28-year-old choose to move to Old Trafford over staying with the Blues or signing for Real Madrid, Paris St Germain or Bayern Munich.

Newcastle have joined the chase for Fiorentina striker Dusan Vlahovic, according to reports in Italy. It is claimed by CalcioMercato the Serie A club have received an offer of around £85million from the Magpies for the 21-year-old Serbian, who has been linked with the likes of Arsenal, Juventus, Manchester United and Tottenham.

The same website claims Arsenal are interested in Juventus midfielder Arthur Melo. The Brazilian has fallen out of favour in Turin, making just eight appearances this season, and it is reported he could be available on a loan deal.

Everton have identified Vitaliy Mykolenko as a potential January signing, says the Liverpool Echo. With doubts over current left-back Lucas Digne’s Merseyside future, the Toffees are said to be interested in signing the 22-year-old Ukraine international from Dynamo Kiev, who reportedly will ask for a £20m fee.

Elijah Adebayo: The Luton striker is on Newcastle’s radar, according to the Chronicle.

Anthony Elanga: The Manchester United youngster is in line for a new contract, reports the Telegraph.

Nat Phillips: Liverpool have put a £15m price tag on the defender, claims the Sun.