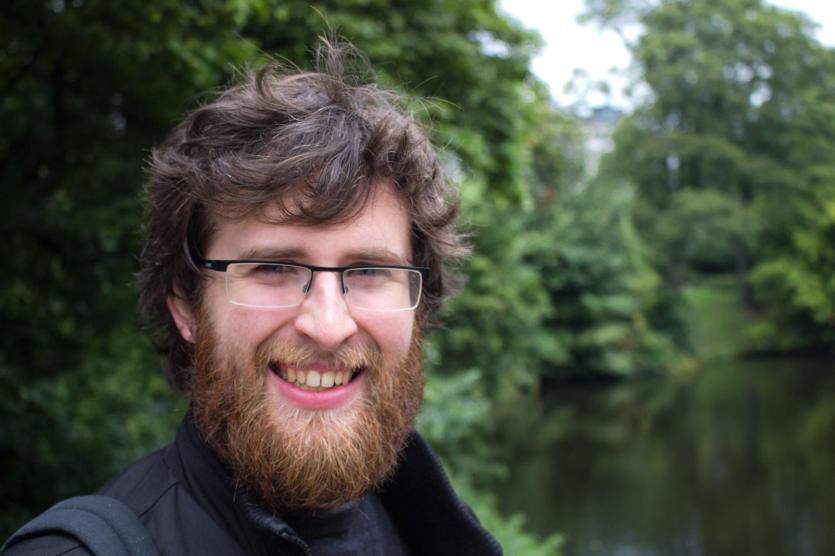 Have you heard the one about how Bhutan and Tibet were at war for 50 years, while both their rulers were secretly dead the whole time? Or how the original Captain Morgan — he of the rum fame — was a Welsh pirate who burned down Panama City in 1670? Or even the story about how the tiny island nation of Nauru wasted millions of dollars funding a failed West End musical about Leonardo da Vinci’s love life?

These are just some of the weird and wonderful world facts turned up by Newbridge man Joe Byrne (pictured above) in his podcast about far-flung corners of the world.

Joe, 27, from Moorefield Drive, is working as a research chemist at the University of Bern, Switzerland. Since last August, he and two fellow ex-NUI Maynooth students — Wexford man Luke Kelly and Mark Boyle from Kerry — have been releasing a series of podcasts in which they explore the world, one country at a time.

'80 Days: An Exploration Podcast' was inspired by Phileas Fogg’s trip around the world in the Jules Verne novel, and has been picking up thousands of listeners from across the globe.

The trio use Skype to connect their three microphones from their current locations in Switzerland, the UK and Hong Kong, and add music, audio clips and listener feedback before releasing the episodes online.

'80 Days' is a hobby project that combines the friends’ love of travelling and finding out about new places, said Joe — but it’s one that’s taken off in a big way.

“I’m beginning to realise what a well-travelled generation I live in, when almost every country, no matter how obscure, has been visited by someone I know,” he said.

An aerial view of Nauru, profiled in one of the '80 Days' podcasts (clip below)

Each weekly podcasted episode, which is free to listen to, is about an hour long, and covers the history and culture of one particular country. So far, the group have ‘virtually visited’ eight places — Gibraltar, the Isle of Man, Liberia, Alaska, Bhutan, Panama, Nauru and Namibia.

The insights come from many sources — from pals who have travelled to the country, chats with Facebook friends of friends who live there and even contact with professors in local universities.

Then a wealth of information from books, documentaries and websites is used to flesh out the programme.

“I find that every time, by the end of my research I wish I had more time to keep reading, because we’ve opened a treasure trove of fascinating stories and can only fit so many of them into an hour or so of podcast.”

Joe, a former PBS student who completed a PhD at TCD, has a background in drama through his involvement in Newbridge Musical Society, Kildare Youth Theatre and the Moat Theatre. Luke and Mark were also involved in drama at NUI Maynooth, and they combine their storytelling nous with research to craft tales for those interested in travel.

The podcasters also look for Irish links with the countries — “We found out that the Gardaí’s first UN mission was to Namibia to ensure a successful transition to democracy, and that DeValera sent the Folklore Commission to the Isle of Man in the 60s to record the Manx language before it went extinct,” said Joe.

Sometimes their research has collided with contemporary news events.

“The tiny island of Nauru [north of Australia] is now becoming famous for human rights abuses in its migrant detention centres, but we were reading about it before this story broke and it was a struggle to find many first-hand accounts online [of life there], particularly of its pre-colonial history.”

The Newbridge man says reaction to the podcast has been positive, particularly from the countries covered.

“One of our big concerns before we started was that locals might not appreciate our ‘outsiders’ view’ of their countries, but this has proven to be the opposite of the truth.”

One Australian described their broadcasting style as “information dense while still being easy listening”.

Of course, hobbyist podcasters don’t have to cater to advertisers or stick to rigid broadcasting schedules, so they can afford to spend their time examining a topic in depth.

“There’s also no requirement to be sensationalist or headline-grabbing, we can just be sincere,” said Joe.

“In podcasting, you’re not competing against the other show in your timeslot, you have to compete against thousands of other shows in terms of quality, enjoyability and accuracy — so this is where we focus.”

Niche-interest podcasts on everything from true crime to comedy and many topics inbetween are common, but Joe maintains that the '80 Days' offering is unique.

“A lot of podcasts are about computer games and movies and music and very niche hobbies, while our scope can appeal to anyone who’s curious about the world. I think we’re unique in mixing geography, history, travel and culture all in one place.”

The group are half way through the first season of 80 Days. “We are already working on season two, which we expect to release around Christmas,” said Joe.

“Now that we know there is an interest in this kind of thing, we are seeking to make things even more professional as we learn from the first season — improving our equipment and research techniques. We also have plans to incorporate more listener feedback and even have some guests from around the world join us on air.

“We’re excited. I think it may end up taking more than 80 days for us to get around the world, but when we’re done we’ll be a lot wiser.”

Listen in at www.80dayspodcast.com or find the podcast on iTunes. 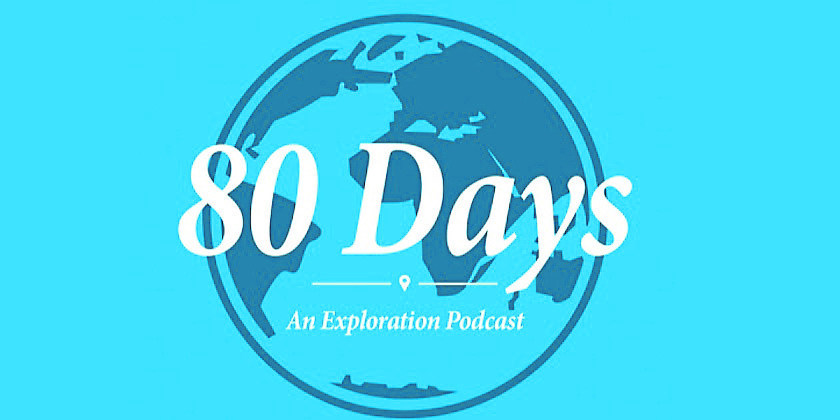