WATCH: U2's Larry Mullen Jnr and Panti Bliss visit Athy for the unveiling of a plaque for Bill Hughes

One of the biggest rock stars in the world, U2's Larry Mullen Jnr and Ireland's most famous drag queen, Panti Bliss arrived in Athy this evening to honour Athy man, Bill Hughes for his contribution to music.

Bill is the latest person to be recognised with on the 'Made of Athy' trail along with Johnny Marr from The Smiths and Mani from The Stone Roses.

The U2 drummer arriving in Athy 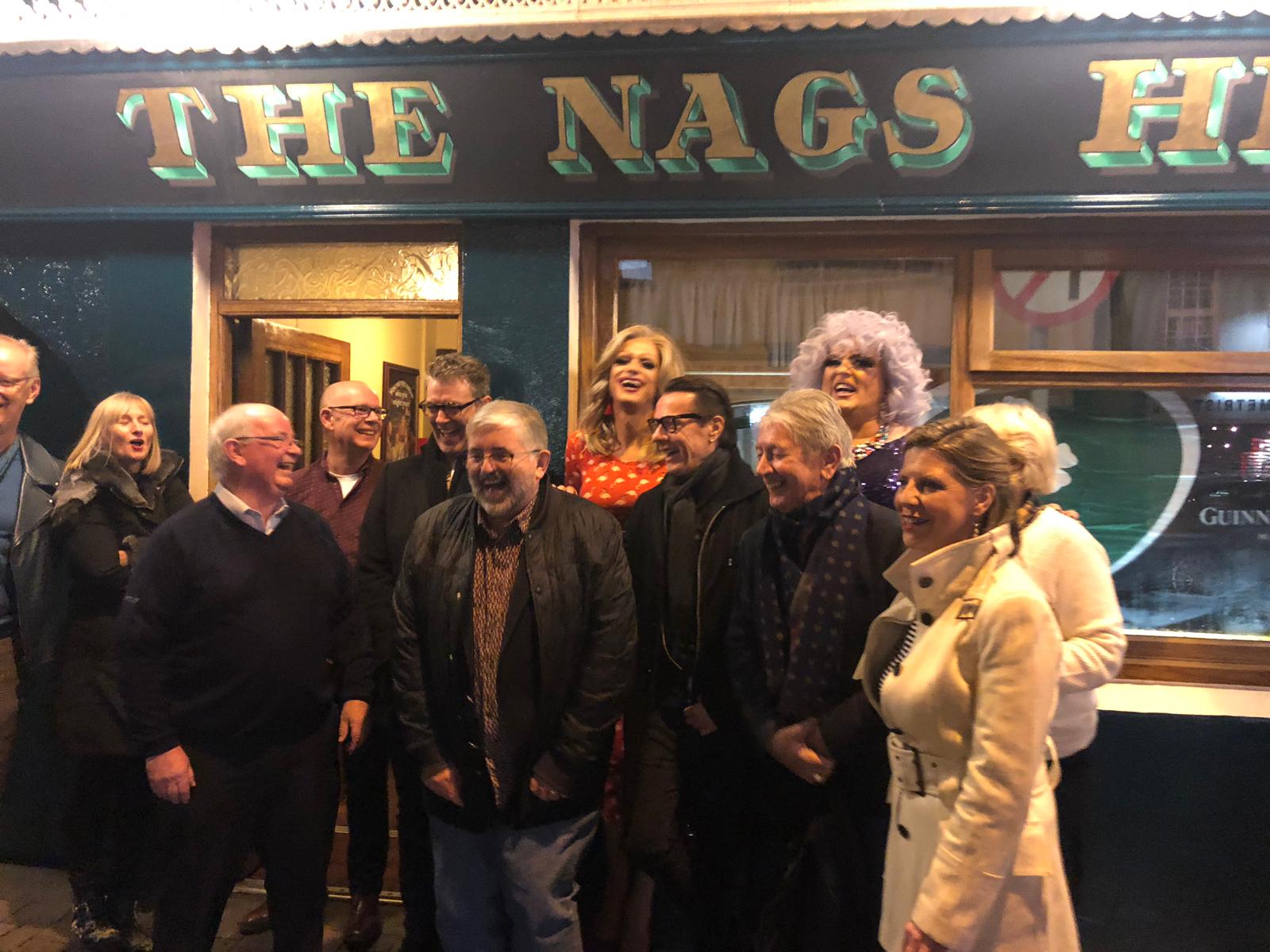 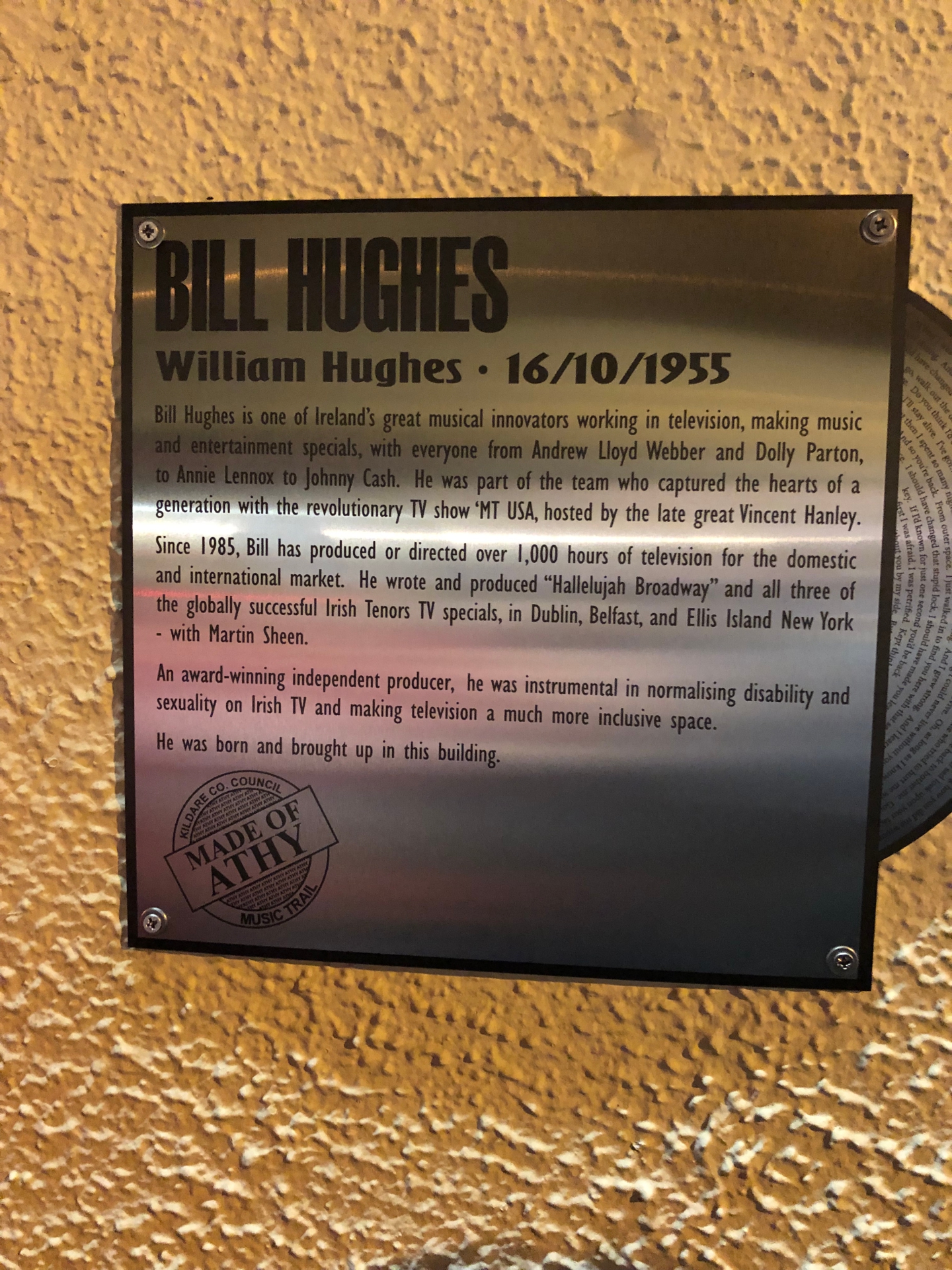 The plaque for Bill 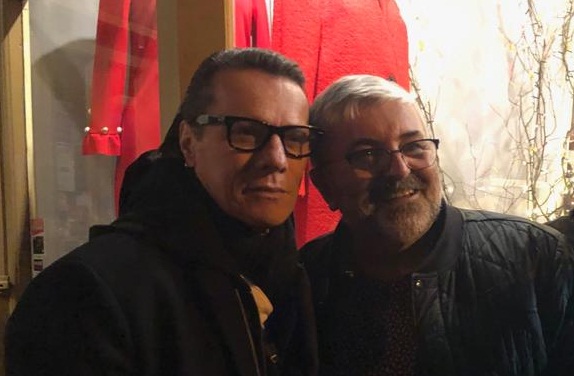 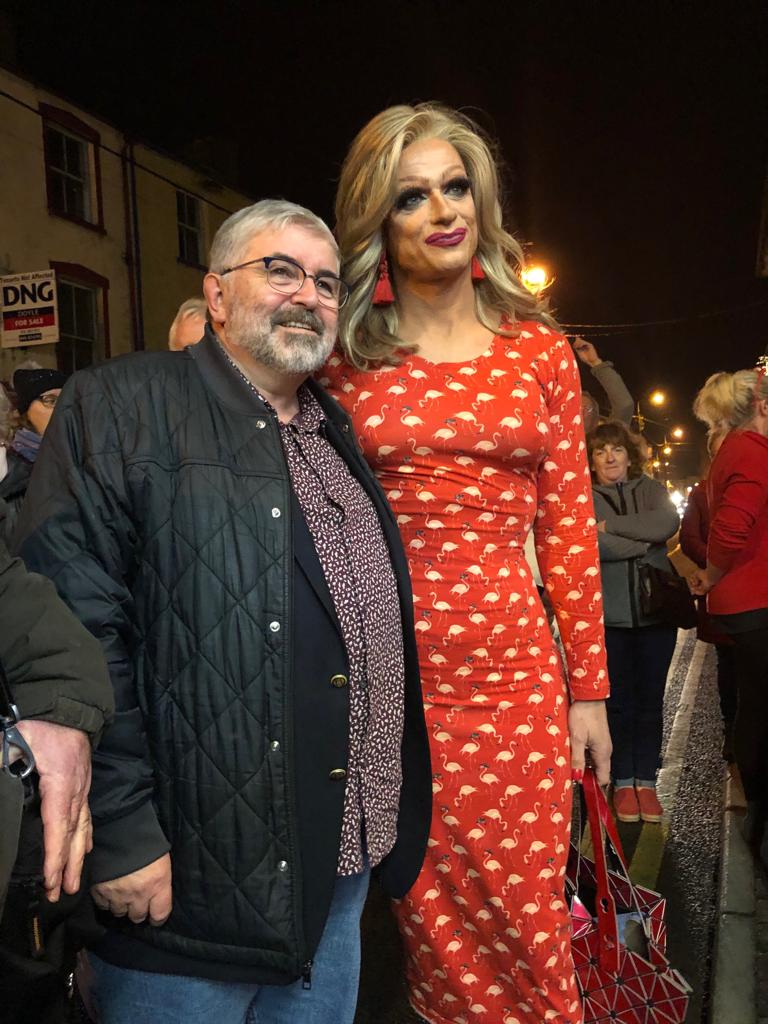