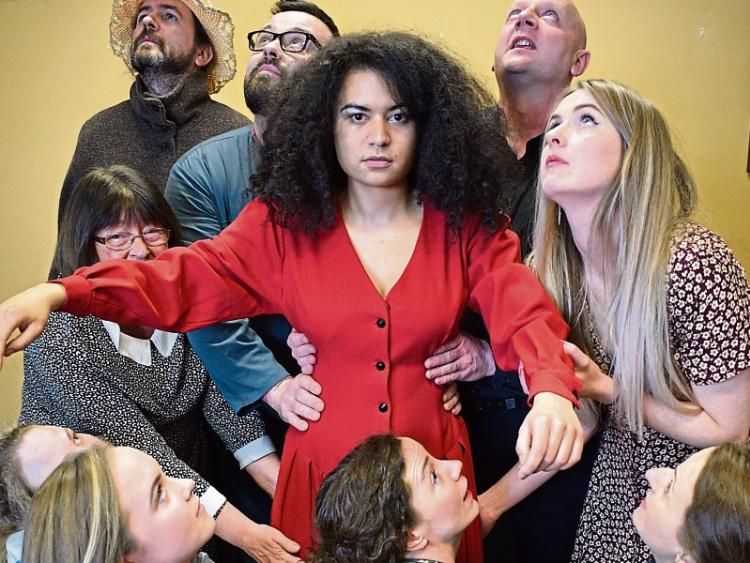 The Moat Club presents an evening of one-act plays at the Moat Theatre, Naas, from April 12 to 14, one of which will go on to represent the club in the All-Ireland festival circuit this autumn.

The two short plays that will be presented couldn’t be more different.

What’s Left of the Flag is by Irish playwright Jimmy Murphy. It is set in Dublin but gives us a glimpse into what it is like to be a Mossad agent mid-operation and about to take out the target, at least that’s the plan.

New recruit Yossi, who has just graduated from the Mossad training academy in Tel Aviv, finds that he and his partner, veteran agent Jacob, disagree on a fundamental matter. As the clock ticks down, Yossi realises it may be too late to have a moral dilemma.

In this tense and interesting drama there are some lighter moments as the men despair about Irish weather and food. What’s Left of the Flag is directed by John Lennon and stars Brian Lyons and Declan Reynolds.

Using physicality and soundscapes, a cast of 13 brings to life the staff and passengers, the American countryside through which the overnight train passes, and even the solar system.

The large cast draws on well-known Moat Club players and many new faces.

Tickets to the performances are €10 and the shows start at 8pm. Tickets are available from the Moat Theatre box office at www.moattheatre.com or 045 883030.