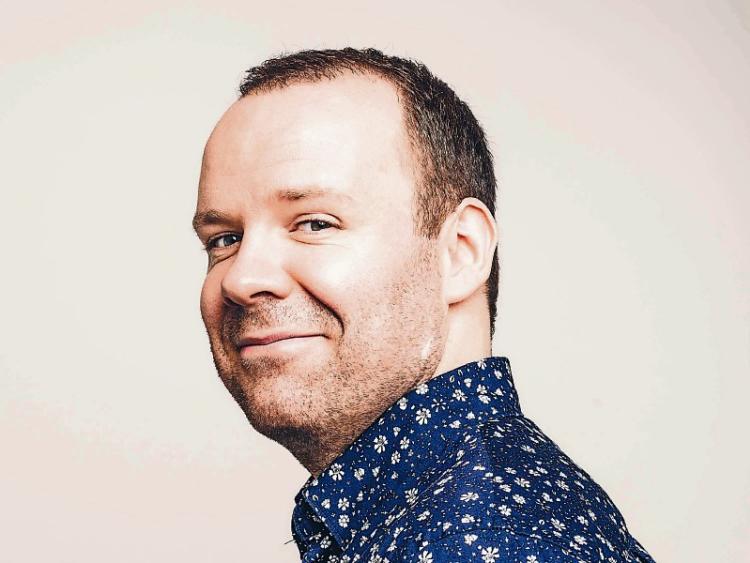 Edenderry man Neil Delamere is currently on tour with his show Butch Cassidy and the Sundance Pensioner, next appearing in the Westgrove Hotel in Clane on December 1.

The show tells the story of a single day when Delamere and his father travelled around the locality delivering meals on wheels.

Things were going well, he explains. He and his father, who is 82, drove around to the first few houses with Neil handing out the meals and his father instructing him to chat to the people, because meals on wheels is all about being sociable.

“Then at the next house we got a tip for a horse, and sure we tore through the next six houses to get back to town in time to put the bet on!”

And did the horse win? the Leinster Leader wanted to know.

“Sure I can’t tell you that! You’ll just have to come to the show!”

The tour will also include a gig on December 27 in the Moat in Naas, the Riverbank in Newbridge on March 3 next and in Maynooth in the Glenroayal Hotel on March 18.

Neil is from Edenderry where locals say he’s funny, just like his oul’ fella.

“They tell me that he’s funnier than me!” Neil admits, and appears to knock great craic out of the thought.

He says his father has also made suggestions as to how he should be portrayed in the show.

Neil brought the show to the Edinburgh Fringe Festival and explained that he found the format was perfect because most people everywhere have a dad so they could relate to the story, although he had to excise references to Christy Moore, Coill Dubh and Bord na Mona!

The format of the show is also good for tangents, because the audience spends the evening wanting to know where the horse came.

He says that when he announced to his parents that he was going to become a comedian, his mother was at least pleased that he’d done his degree (in computer science).

“You know those posh English kids who take a year out, well I think they imagined it would be like that.

“My mother sometimes says: ‘Sure at least you’ll always have your degree’.

“I’m afraid computer science has moved on a bit since I did my degree. I’d have to go back to using an Amstrad!”

As well as the new tour, Delamere has his weekly show on Today FM as well as a game show on BBC Northern Ireland called the Blame Game which, while not familiar to southern audiences, is very successful.

And he’s currently involved in what he calls a “little mockumentary” which will be out in January on the BBC, but he can’t talk about it much now.

The award-winning comedian is one of the top acts working in the Irish comedy scene today, well known for his regular television appearances on RTE and the BBC as well as his hilarious sell-out stand up tours.