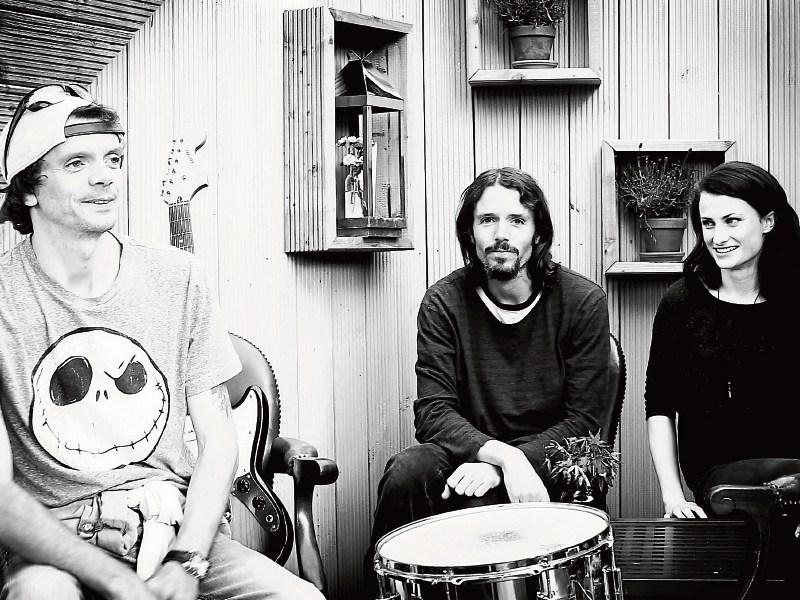 Cork based alternative rockers Paradox are bringing their celebration of Nirvana’s music on a nationwide tour, stopping off at The Village Pump, Rathangan, on Sunday April 10.

“What started as a once off event in Cork in 2014 to mark the 20th anniversary of Kurt Cobain has now turned into a yearly event due to the success and popularity of the shows,” said the band.

The three piece formed in 1997 and have released four full length albums to date. Their debut album, recorded in LA in 2000, was released on a US indie label. The band recently launched their fourth album titled Chapters, which has been gaining momentum since it’s release in 2015 including radio airplay on both 2fm and Today FM.

Although Paradox have varied their sound over the years, they point out their roots lie in the grunge era of the 90’s which all started with the music of Nirvana.

“Nirvana exploded into the mainstream in 1991 after the release of Smells Like Teen Spirit from their multi platinum album Nevermind. Ironically Nirvana kicked off their European Tour right here in Cork on August 20 1991, ” they said.

“The gig took place in Sir Henry’s, a venue which closed its doors for the final time in 2003, and was headlined by Sonic Youth. Nirvana were virtually unknown at this point but it was only a matter of weeks after this show that the band snowballed after the success of Smells Like Teen Spirit and became one of the world’s biggest bands, almost overnight.”

It has also recently been revealed that Kurt has direct roots from Cork. Kurt is reported to have said; “Actually it was Cobain, but the Coburns screwed it up when they came over . They came from Country Cork, which is a really weird coincidence, because when we toured Ireland, we played in Cork and the entire day I walked around in a daze.

“I’d never felt more spiritual in my life. It was the weirdest feeling and-I have a friend who was with me who could testify to this-I was almost in tears the whole day. Since that tour, which was bout two years ago, I’ve had some sense that I was from Ireland.”

Nirvana popularised a subgenre of alternative rock, labeled Grunge. “Although Nirvana’s success and Kurt’s life was short lived they left behind a legacy of music, three full length studio albums, B-sides and much more,” they said.

The Cork band will also be visiting The Square Bar in Portlaoise on Saturday April 9 before making their way to Rathangan on April 10 as they remember Nirvana’s music and legacy playing some Nirvana classics and many more. Doors open at 9pm. Free Admission.