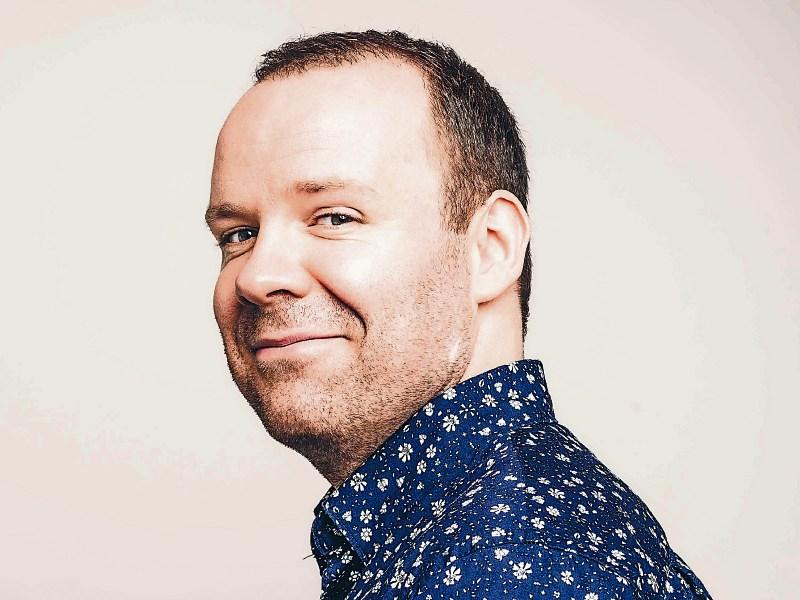 Top Irish stand-up Neil Delamere is bringing latesttour, CTRL+ ALT+DELAMERE, to Kildare. He will bring his show to The Westgrove Hotel in Clane on Saturday, February 27, and to Riverbank Arts Centre, Newbridge on Friday, March 18.

With a penchant for tongue-in-cheek, eponymously-titled tours (Crème Delamere, Fresh Prince of Delamere, DelaMere Mortal) CTRL+ALT+DELAMERE doesn’t disappoint and could be a nod to the Offaly funnyman’s university days as a computer science student before becoming one of the biggest names in Irish comedy.

Audiences can expect the usual banter and quick-witted, well-observed comedy at the show as they have come to expect from Delamere, who has been described by critics as “a master” (The Scotsman) and ‘a wryly brilliant live performer” (Sunday Times).

CTRL+ALT+DELAMERE follows on from last year’s hugely successful sell-out tour, The Fresh Prince of Delamere, which was recently released on DVD. The show was recorded in front of a live audience at Cork’s Everyman Theatre in September and perfectly captures the energy and rapid-fire wit of a Neil Delamere stand-up performance. Neil’s previously-released DVDs, No Message and Crème Delamere, have gone platinum.

An accomplished broadcaster as well as comic, Neil is the host of his own hugely-popular two-hour weekend show on Today FM, Neil Delamere’s Sunday Best (Sunday’s on Today FM 11am-1pm).

Neil will make a welcome return to TV screens next month as host of a new 10-part science-based show for RTE television called Eureka! that delves into those moments, theories and discovered that advanced science.

A popular face on television, Neil wrote and presented the IFTA and Celtic Media award-winning historical documentaries on the Vikings and St. Patrick - The Only Viking In the Village and There’s Something About Patrick, as well as the acclaimed RTE comedy documentary series on Irish historical figures, Holding Out For A Hero.