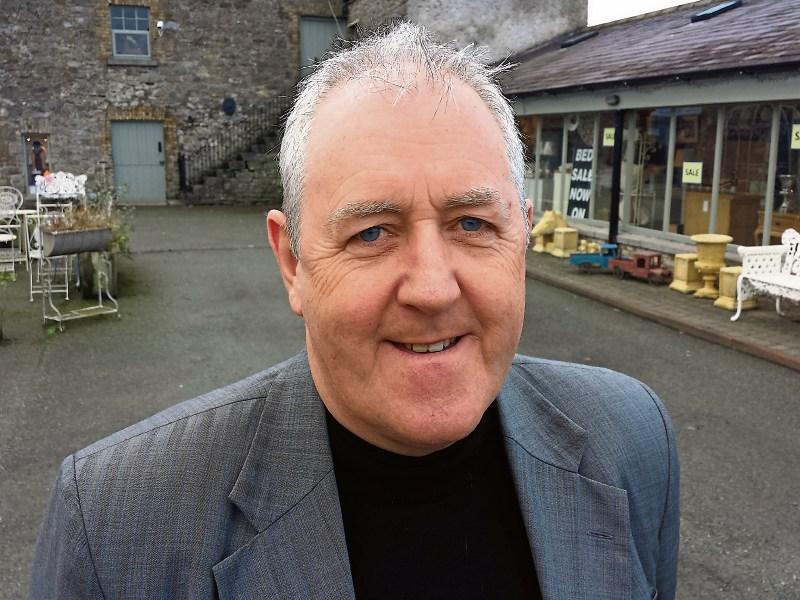 IT has been a busy enough time for sports promoter and journalist, Pat Costello.

A man of many parts, one of the Clane man’s current projects is organising the World Tour of Ireland by sports broadcaster, Jimmy Magee.

“Around the World in 80 Years,” will be performed at the Moat Theatre in Naas on February 24.

Pat, who will be widely known for his broadcasting on Kildare radio over the years, has been living in Clane now for 10 years having lived in Leixlip for 20 years.

Married to Caroline, they have three children, Stephanie (an architect in Sydney, Justine (an account executive with FMI in Dundrum) and Gavin, who has taken the sports route.

He is in charge of operations, logistics with Western Sydney Football Club who are currently top of the A-League.

Pat is delighted with the Jimmy Magee job. “I’ve known Jimmy a long time and I was delighted that he sat in with me on analysis for the then CKR FM on Kildare’s great run to the All Ireland Final in 1998. Barney Rock and Jack O’Shea also joined us on analysis at that time.”

He is loving being involved with him on this “World” Tour of Ireland on his first ever One Man Show. “Because of his age and his vast travels to many sporting events I came up with the title “Around the World in 80 Years,” said Pat who is working on the project along with my good friend, Cavan man, Owen McConnon, GAA Commentator with BBC Radio Ulster.

“We had a tremendous reception at the first show in Ramor Theatre in Virginia, Cavan last month. After Naas there will be four more shows (Kilkenny, Longford, Roscommon and Drogheda) and then Jimmy will take a break for the Euro 16 Finals and the Rio Olympics. The Show will return again in the autumn.”

Pat recently took up a role with Kildare GAA, Commercial and Corporate Partnership Support. “I’m looking forward to the challenge and to working with all Kildare teams, clubs, supporters and businesses,” he said.

Jimmy Magee's involvement with sport is now the stuff of legend. Fortunately for the rest of us, he can remember an awful lot of his adventures on life's stage.

Pat Costello's own CV also packs in quite a lot.

After an early career with South Dublin County Council he was attracted by other types of work, including broadcasting and public relations.

He worked with the FAI from 2004-2011 during which time he had direct responsibility for international football operations.

Before the FAI work, he served as secretary of the Ladies Football Association from 1979-1983.