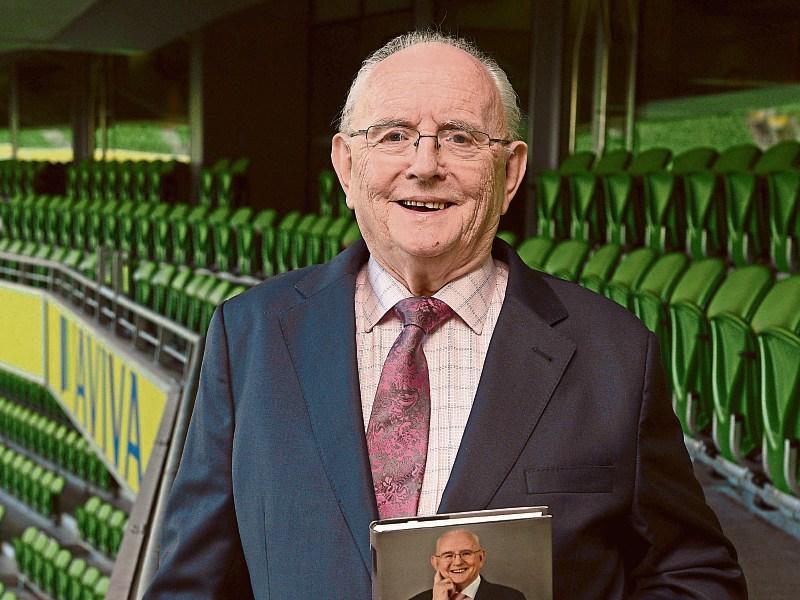 Three new shows have just been added to the spring line-up at Naas Moat Theatre.

A must for all sporting trivia fans, legendary sports commentator and broadcaster Jimmy Magee, known for his expert knowledge and recall of all things sport is coming to the Moat on Wednesday February 24. Around the World in 80 Years is Jimmy Magee’s new one man show.

The ‘Ask Jimmy’ part of the show allows for some very interesting questions and some great answers. Tickets are €20 each.

On Saturday February 6, the Moat will host a Viennese Strauss Gala, with tickets at €23/21.

Now in its 15th year it’s back with a sparkling new anniversary production. Recreating the romance of the Viennese Festive season, the shows aims to remind you of a bygone age of glamorous soirees and Strauss waltzes. It features highlights from some of the great Operettas of the Strauss family, with beautiful costumes, excellent voices and some fine acting too.

Sean has been very busy with tours of America, Germany and Austria and also some dates in England. Last year he released two new songs, Natures little Symphony and Dublins Burning. Sean will be joined by Pat Coyne and Fergus Feely.