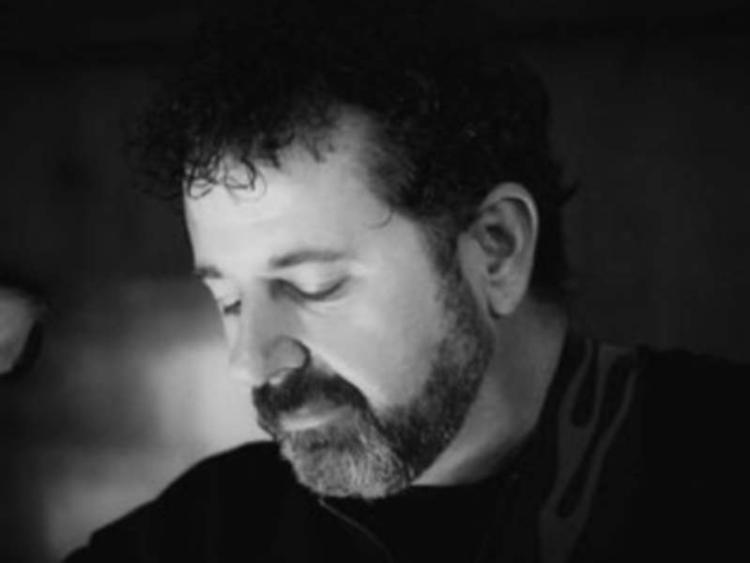 Naas musician Pete Kavanagh will be performing in a fund raising concert for the Moat Theatre in Naas on Sunday, September 20, along side local performers including singer Paddy Casey.

Inspired by the sudden death of his father, well known singer, Barney Kavanagh, Pete’s debut single Hold the Red Rose, came about and is now being aired on radios.

The Naas musician’s father went into hospital for a routine procedure and passed away, last year, at the age of 80.

Hold The Red Rose is the lead single from his forthcoming album, Join up the Dots. The album is set for release this November.

Pete became inspired by looking at books at Barker and Jones. He found himself upstairs, in the rare books section at the Naas bookshop, and a green hardback book with no dust cover, showing a woman in a regal robe holding aloft a red rose caught his eye. Something about the image stirred his soul.

The book was called For the Red Rose, a novel by Eliza F Pollard, with illustrations by James Durden.

Referring to the death of his father, Pete said: “No one saw his death coming. There was always music in the house. He was involved in community projects all the time.

“From a very young age, I was drawn very much to music, including Hank Williams. My mother doesn’t sing, but she is a great supporter of music. My parents were married for over 50 years, it was true love, again like Hold the Red Rose.”

Growing up in Naas, he started off by playing the trombone, and then moved to the trumpet, but finally found the guitar.

He said: “There was a guitar dumped at my granny’s place in Clane. It was battered, it needed a lot of work. I fixed it up. Music was something that I was going to channel and deal with, and it has been ever since.”

Pete is deeply concerned at the lack of supports for the music industry. A proposed grant of €6million, will only really work out at €750 per musician.

He said: “Musicians are being tied to the wall. I spent a lot of time and money towards the end of 2019, creating an album. I can’t go and gig live.”

Mr Kavanagh says that he has played live all of his life but had taken a break before the lockdown hit, in order to focus on getting this debut album out.

He had planned to have the album ready for March and to get back gigging.

Mr Kavanagh says that a lot more help needs to be given from the Government to assist musicians who rely on pubs and live venues.

He says that at the moment, Hold the Red Rose, recorded at Art House Studios, Naas, is getting a ‘huge reaction’ and is getting air play on RTE Radio 1.

Pete said: “This is more so of an advertisment, I will get paid for radio play. When people hear it, they would go on to BandCamp or whatever.”

The musician is calling for a reinstatement of the Pandemic Unemployment Payment to carry musicians through.

He said: “I am playing at The Moat next week, we are doing this for The Moat Theatre.

“Normally it could hold 200 people, now it is just holding 40 people.

“Paddy Casey is used to playing to venues of 300 people, but it is reduced to a smaller amount of people.”

Pete says that there is nowhere near adequate levels of respect being shown to musicians.

He is fearful that musicians will be forced to sell their equipment and do any job if they don’t get assistance. He is concerned that a lot of musicians, and those working in the arts will end up homeless.

Pete added that a lot of musicians are complying and are not campaigning but he says that there are talks of musicians protesting and taking to the streets.

He said: “There is a lot of frustration. How long do they have to wait, until the wolves are at the door, either people fight for what they have or go under. The industries need to come together, all involved in the entertainment industry need to unite.”

Tickets for Unlocked and Life, featuring Pete Kavanagh, Paddy Casey, Saoirse Casey and the Acoustic Freeway on Sunday, September 20, are sold out for in-person attendance, but you can buy a ticket to watch it at home. Contact the Moat Theatre for more information.