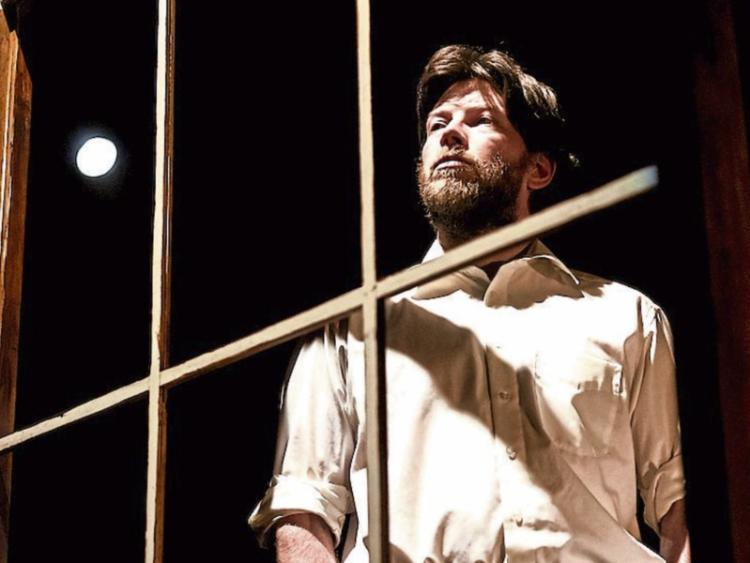 The Curragh Internment Camp is the inspiration behind a new play called Tintown, written by Bob Kelly whose own grandfather was interned in the Curragh Camp during World War 2.

Riverbank Arts Centre, Newbridge is presenting Tintown, the play which is set in an internment camp in the Curragh during WW2 on Thursday February 20 at 8pm.

Written and performed by Kelly, Tintown follows fictional character Bernard Carroll – a naive young Dubliner who believes he is a revolutionary – who was swept up with hundreds of others when the Irish government introduced internment without trial for all suspected IRA members and placed in a ramshackled internment camp on the plains of the Curragh (‘Tintown’).

Produced by leading Irish company Blue Raincoat, the play encompasses our violent past, the development of socialism and fascism within Ireland, and the political contradictions and absurdities of the time.

Bob Kelly is an actor and theatre maker from the west of Ireland.

In recent years he has worked with the acclaimed director John Tiffany on two hugely successful productions, Once: The Musical and Let the Right One in.

He is currently collaborating with Duke Special on a musical adaptation of Pat McCabe’s Breakfast on Pluto, which will premiere in Galway International Arts Festival in July.

His play Tintown, first staged by Blue Raincoat in 2019, received excellent reviews and will be at Riverbank Arts Centre for one night only as part of a National tour.

Meticulously researched through access to rare internee interviews, Kelly also has a personal connection to the story with his grandfather interned in the Curragh in the war.