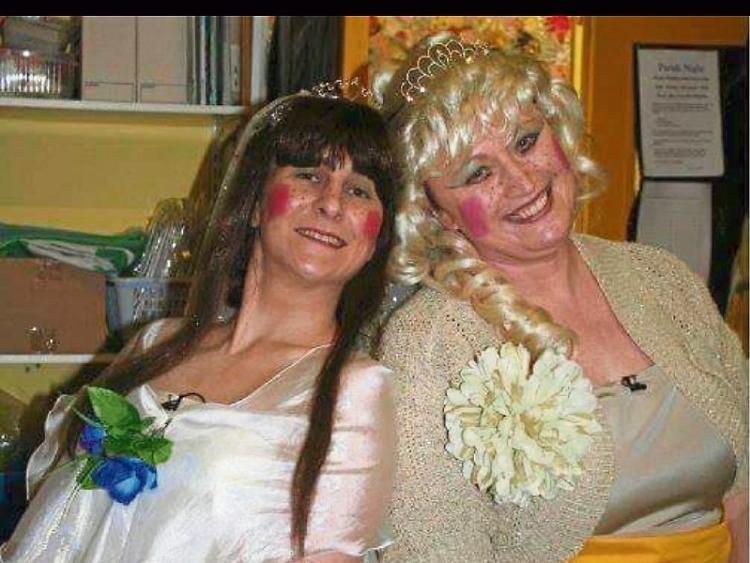 Aladdin by St Conleth’s Panto Troupe is now in rehearsals and will take to the stage at St Conleths & Mary’s National School, Main Street, Newbridge from January 25 to February 1 next inclusive.

The Newbridge-based panto troupe is now 80 years on the go, that’s 80 years they boast of ‘making ‘em laugh’, the troupe’s slogan this year. Over the years, St Conleth’s pantomime has drawn huge attendances from all over the county and beyond. The dame this year, Widow Twanky, is once again played by Michael F Malone, who has played the lead comic role in over 30 productions with St Conleth’s.

The stage at St Conleth’s NS has seen many greats of Newbridge performers such as Sharon McNamara, Cora Coffey, Marie Mullane, Jimmy Dunny, Tammy Browne, Con Cummins, Owen C Lynch and media presenter, Brenda Donohue to mention but a few. Indeed, Sinead O’Carroll, formerly of B*witched and currently starring on Dancing with the Stars is another local who starred in the renowned Newbridge panto in the past.

With a cast of 120 in total, including dancers, actors and chorus singers plus a live orchestra, Tony Finan says it’s a super show will certainly make the audience laugh, young and old spectators alike.

Tony himself will play the villain, Jafar, with young Daniel Flynn and Cora Hall as the lead love interests of Aladdin and Jasmine respectively; Emma O’Brien as Hanky Panky and Damian Pearson as Wishy Washy team up as a comic duet with Tanya Gallagher as Genie of the Lamp and Teresa Lynch as Ping Pong. That’s just a sprinkling of the lead roles and no doubt, as always, there will be some great quips and all the usual panto drama and one line deliveries, along with super live singing and dancing.

You can purchase tickets online at eventbrite.ie but also from the local parish office in Newbridge. Admission per adult is €12; children €8; students/OAPS €10 and a family of four, €40. A villain, a dame, a love story, fab colourful costumes and great song and dance numbers, Aladdin the Panto, running from January 25 to February 1 inclusive.