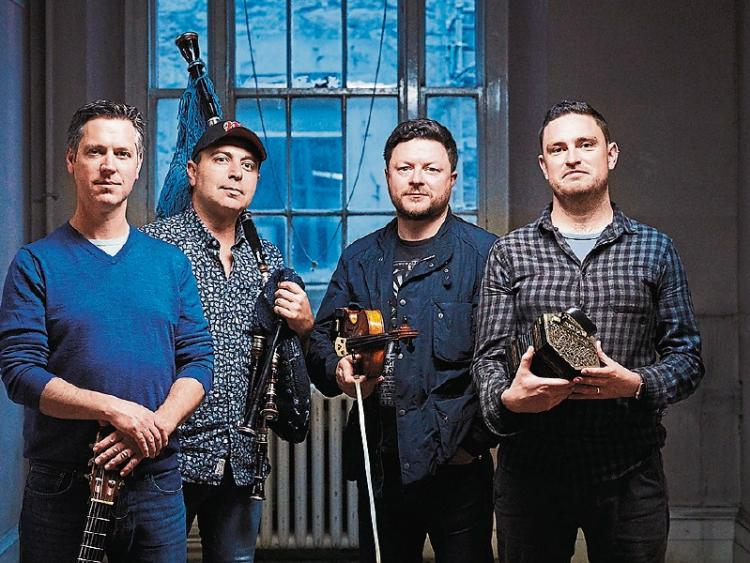 The Music Network tour will be at the Riverbank next week

Over the past ten years Anxo Lorenzo, Jim Murray, Dónal O’Connor and Jack Talty have been at the forefront of highly creative Galician and Irish music-making. The set list on this tour will combine both of these rich musical cultures and will include a Music Network commission from all four performers.

As individual players, composers, arrangers, accompanists, producers and record label owners, Anxo, Jim, Dónal and Jack have initiated hundreds of thoughtful and innovative projects to date and have made a massive contribution to music in both local and international arenas. Thrilling, soulful, sincere and highly communicative, theirs is a music of people and place, of stillness, of confluence and of us.

Meanwhile, there are still a few tickets left for Athy singer-songwriter Jack L’s concert at the Riverbank Arts Centre this Thursday, January 9.

The Kildare man is a singer-songwriter, performer, raconteur and a whole lot more besides. He is a platinum-selling, a critically acclaimed artist who continues to win a worldwide fan base with his unique multi-octave voice. Jack has toured as a special guest with artists such as Sting, Imelda May, Jools Holland & The Proclaimers.

This week’s show will draw material from his back catalogue of albums including Metropolis Blue, Magic Days, Northern Lights, the 27 Club. Tickets are €25/€23. See www.riverbank.ie or call 045 448327.