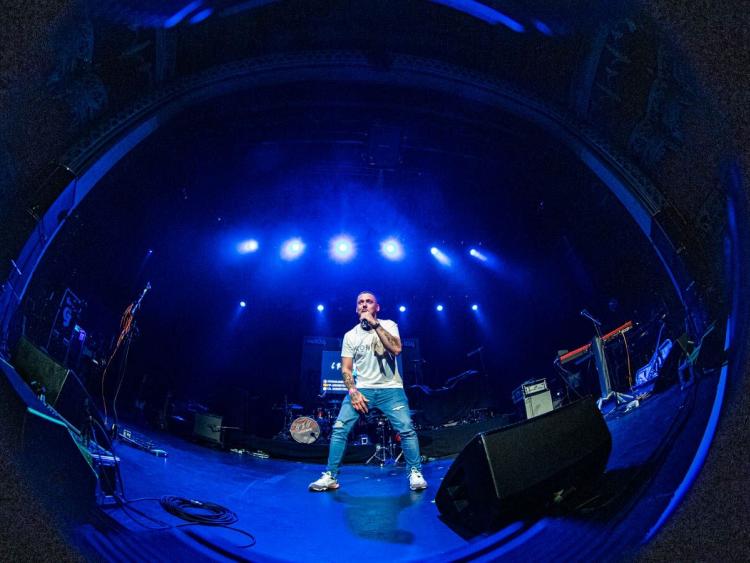 Craig Cooney who will perform next weekend at the Workman's Club, Dublin

A talented young hip hop artist from Co Kildare is making waves on the music scene with his first headline show this Saturday, 11 January at The Workman’s Club in Dublin and plans for an album this year.

Craig Cooney is a 25-year-old songwriter and rapper originally from Straffan, Co Kildare.

Craig first fell in love with hip hop music at the young age of 8 years old and thereafter, he became obsessed with rhyme schemes, beats, flow and lyricism. Craig first burst onto the scene in 2018 when after having a few drinks with some friends in his house, he made a five minute freestyle video that amassed over 157,000 views worldwide in a matter of days!

He decided to set up Craig Cooney Music on Facebook which, since its inception, has gained a loyal fan base of over 3, 5000 people from all over the world, which continues to grow everyday.

Craig's first release was "Time Will Heal" featuring Breana Marin from California, this was the first project that Wave Recording Studios, Wilsain Media and Craig Cooney worked on together. Last April, the music video for Craig’s song “Proud” saw rising stars from the MMA scene lend their support, wracking up thousands of views.

Speaking to the Kildare Post this week ahead of his first headline gig, Craig said: "I’m truly excited, it’s my first headline show and I only performed in the Olympia Theatre a few months ago with Gavin James, Chasing Abbey Wild Youth and Soulé to name a few at Fm104 the Gig. For me to take what I’ve learned from that show and bring it to my own is such an amazing opportunity, and I have written new songs specifically for the gig also.”

Speaking of his plans for 2020, Craig said:“I’m now working on a multi-track project and I aim to gig a lot more this year, I also hope to perform at a few festivals in the summer too. I’m working on lots of new material all the time, I’m still learning and making sure I’m having fun with it, but I think now it is definitely time to work on an album.”

Tickets for Craig Cooney at The Worker’s Club hosted by Fluttertone is on this Saturday, 11 January from 7.30pm. Tickets are €10 and can be purchased at Eventbrite or at the door on the night.