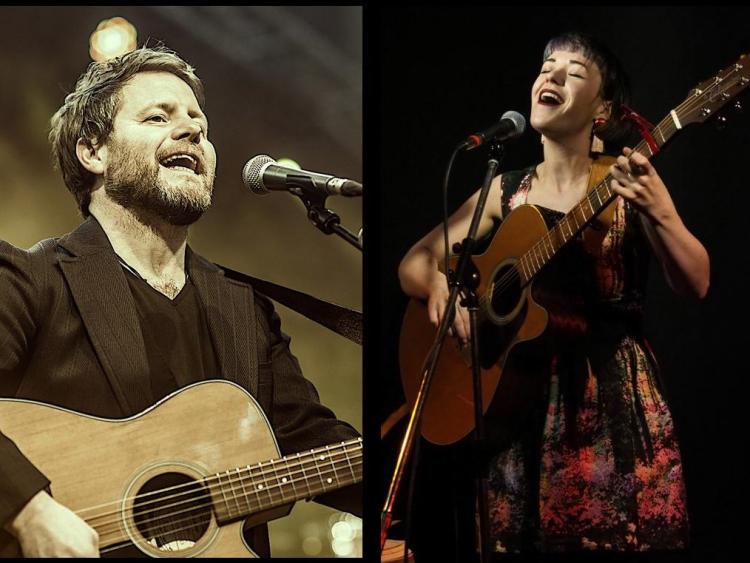 Two of Ireland’s best up and coming singer/songwriters, Emma Langford and Shane O’Fearghail will be making a very rare appearance together, performing in the beautiful, Naas Arts and Culture Centre at McAuley Place on Sunday, September 8.

Emma Langford has woven herself into the DNA of the Irish folk scene on an international scale. The Limerick-born singer-songwriter deftly blends traditional Irish lilt with folk and jazz nuance; delicate guitar work complements an intuitive sense of melody; while insightful lyrics and a witty demeanour combine to create the mesmerising stage presence for which the artist is so well known.

Winner in 2018 of the RTÉ Radio 1 Folk Award, Langford launched her first album Quiet Giant in 2017.

The Irish Times described the Limerick woman’s debut as an album that weaves a spell as you listen to it... An enduring piece of work; Having toured the album extensively across Europe and the UK since its release, she is now working with a host of internationally recognised artists as well as Grammy-nominated duo The Production Suite on its much anticipated sequel which is due for release in early 2020.

Shane Ó Fearghail is an Irish Singer-songwriter from Dublin, now based in Vienna. His musical style fits neatly into the Irish Indie Folk box.  Likened to REM, Crowded House, Rufus Wainright III and Ron Sexsmith, it is easy to see where his songwriting loyalties lie. Irish music however, is his first love. On stage Shane is one of the best live performers out there. Energetic, engaging and unpretentious with a genuine depth and craft to his songwriting that is never far from his Irish Folk roots in it’s storytelling and pathos.

As a performing artist, Shane plays solo and also with his band and new musical project ‘The Host’. The band consists of an eclectic group of musicians from Ireland, Austria and England and together they bring a beautiful element to old and new original songs. Add to that mix an exciting and contemporary Irish Appalachian folk roots feel, with a European twist and you’ll begin to get the idea. It’s live however where you’ll taste the full flavour.

Tickets for this very special evening of music costs just €15 a ticket and are available now from www.amientertainment.ie

Tickets will also be available to buy on the door on the night itself.