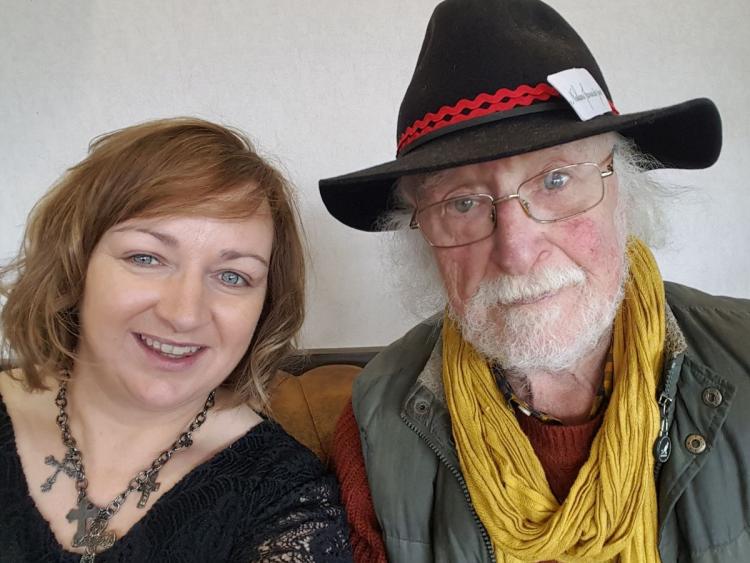 Three Kildare writers will take part in a new weekend long writing festival for children and adults alike called the Power of Words Festival from Friday, August 23 to Sunday 25 at Abbeyleix Heritage House.

Niamh Boyce from Athy is author of Her Kind based on the Kilkenny witch trials of 1324.
“In terms of writing festivals POW is set to be the Listowel of the Midlands. I was delighted when Amanda invited me to be involved with POW. We both attended the NUI Writing for Publication course provided by John MacKenna and Suzanne Power in Kilkenny some years ago then met again at a writing workshop in Croi Anu in Moone Kildare run by Mary Pat Maloney who is also taking part, so it’s like a reunion in some ways. It’s a wonderfully lively festival. I think that Amanda’s sense of fun and inclusiveness shines through.” she said.

Dubbed as POW because of the big punch that organisers and top writers expect it to launch into the literary world the event is a celebration of words written, spoken, acted and sung.

The festival was dreamt into existence by Amanda Kelly from Mountrath who gathered some like-minded friends to help make the dream a reality. Amanda said. “Some people feel the world of books and writing is exclusive, POW hopes to dispel that myth, pack a punch and make the writing world accessible to all.”

Commenting on the up-coming festival Irish playwright and novelist John MacKenna from Castledermot said. “I'm really looking forward to the festival. Starting a new literary festival is a huge undertaking and Amanda Kelly and her
team are to be lauded for having the energy and courage to do just that. From a writers point of view being invited to take part is a great honour particularly in this inaugural year.  For me, given that my father was born in county Laois, it's
particularly gratifying. Roll on August.”

John’s wife and fellow author Angela Keogh added, “I'm really looking forward to performing Letters in the Post at the Power of Words Festival. The themes in the play will be familiar to people from the area. The festival is a welcome
breath of fresh air and I look forward to hearing the readings and work of other
writers and I’m really delighted to be involved.”

A selection of writing workshops delivered by Wexford’s Underground Writers Society which comprises of best-selling authors Caroline Busher, Shane Dunphy and Sheila Forsey will give people a chance to explore fiction, song- writing and memoir. Open microphone sessions throughout the weekend will provide opportunity for anyone who wishes to share their work.
The Living Poets Society features the works of Pat Ingoldsby for its inaugural year as the Power of Words believes that he embodies the essence of the festival.

A booklet of stories created by POW with local preschool children and film footage of the young storytellers will be on display at Heritage House. Free children’s creative writing workshops are also available. Heritage House will facilitate a series of walks and talks around Abbeyleix, its bog-lands, a tour of its numerous fountains and the re-telling of historical events
in front of the doors of some notable buildings.