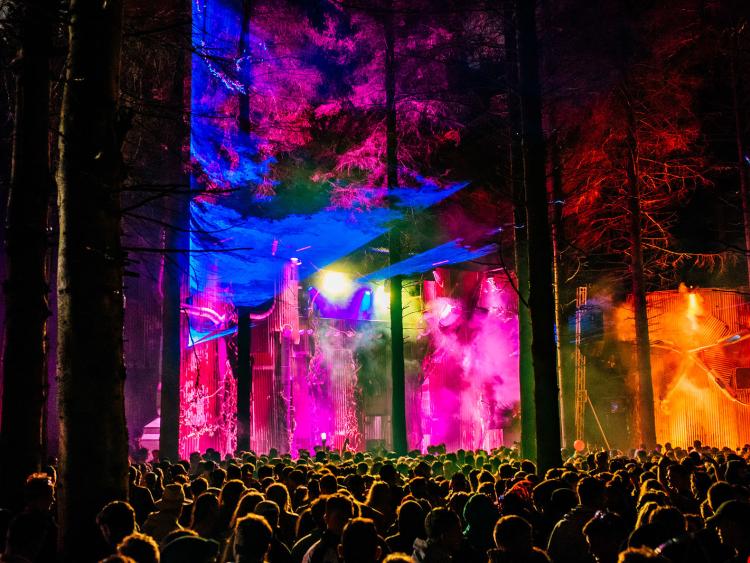 Electric Picnic has announced new acts set to bring the techno rave energy for Kildare revellers heading to the sold out festival.

Anachronica 2019 is a ravers dream from 10 pm to 4 am every night of the festival.

Headlining Friday night is Techno & Cans resident Tommy Holohan, who has been rocking crowds with his ravey influenced Techno sets, also on the line-up is Shampain, Endrift and Sputnick One.

Closing out the weekend on Sunday night is NTS’s longest running DJ Moxie with Cait, Jio and Dundon completing the line-up.

The mystery continues of Anachronica with its huge pistons that generate the power in this secret and forgotten building.

This year there will be a new look-out tower to guard the secret stage even further.  However, crowds will continue to flock there, not just for the possibility of getting a glimpse of these hidden people but to listen to the sound it generates every night.

While some acts have been announced, there is still a long way to go before we have a full picture of how EP 2019 is looking.

This year Electric Picnic will reveal an exhilarating new world Freetown on the land where the Oscar Wilde Campsite was.

They will create a whole new town within the festival's mind-blowing creative acreage, located on the pastureland formerly occupied by the Oscar Wilde Campsite.

Organisers have described what to expect in this new Freetown:

"Anchored by Terminus, a brand new 8,000 capacity mega-stage for electronica and dance (presented as an Eastern Bloc architectural colossus), Freetown will rise from the ground for just 4 days of the year.

"Also within its walls, the labyrinthine streets of Providencia will unveil catch-it-while-you-can Latino life down every alley-way, around every corner, while on its outskirts, Spike Island - a swamp hut jumping with seisiúns of slip-jigs, The Oasis, an improvised home-place for the gaggle of idealists and a brand new Cirque on the edge of town where death-defying, jaw-dropping acts of edgy spectacle unfold.

"In Freetown, fizzing neon will blink promises at you, and towering billboards may claim truths. Brought to you by the Electric Picnic team that created Berlinhaus, Salty Dog and Trailer Park, we look forward to unveiling something completely thrilling for you.

"We welcome Freetown to our Electric Picnic world, a world full of surprises with its music, culture, imagination, with laughter and magic around each nook and cranny, where you happen up many wonderful areas …… Body and Soul – the creative oasis and pulsating heart of the festival, the whimsical world of The Hazel Wood deep in the forest, the reggae world of Trenchtown and the long-abandoned city of Anachronica, the theatrical and the debauched Jerry Fish Electric Sideshow, the engaging spoken word arena of Mindfield andTheatre of Food serving  homage to all things gastronomic, the irreverent, satirical Comedy Tent and our very special Comedy Night with its all-female line-up on Thursday night for those early arrivés!"

The top four main stage headline acts announced so far this year are The Stroke, Florence and the Machine, Hozier and The 1975. Billie Eilish is also a huge name on the lineup as well as Dermot Kennedy, Jess Glynne and many others.

The wait is over. @thestrokes @flo_tweet @Hozier & @the1975 will headline EP 2019! They’ll be joined by Billie Eilish, Christine & The Queens, Dermot Kennedy, Four Tet, James Blake +many more! https://t.co/76c7yScIJw pic.twitter.com/bEHMQISILz

See the Trenchtown lineup below:

The Trailer Park 2019 line-up has just rolled in! #ElectricPicnic #EP19