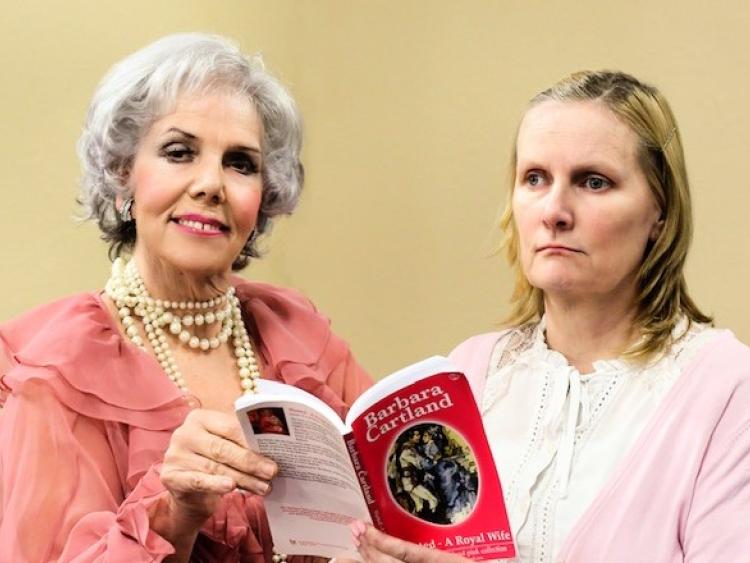 Ester Crilly as Barbara Cartland and Martina McCormack as Irene

Newbridge Drama Group are working hard rehearsing their next production Bothered & Bewildered by Gail Young, which is due to be staged at the Riverbank from May 22.

Directed by Carol Duffy, this play deals with the subject of Alzheimer’s and has some equally wonderful comic and poignant moments. It’s a comic drama that follows Irene and her two daughters, Louise and Beth, as they begin a long journey in which the girls lose their mother in spirit but not in body.

As Irene chats to her unseen and witty companion Barbara Cartland we learn long kept family secrets. Her daughters struggle to come to terms with their mother's condition while trying to carry on with their own lives. It’s a heart warming story of love across the years.

The Alzheimer’s Society of Ireland will be at the theatre to run the raffle during the interval as well as to hand out information to anyone who needs it. This is a must see production from your local drama group.

The cast features Martina McCormack as Irene, Ester Crilly as Barbara Cartland, Daniel Flynn as Jim/James, and Cora Hall as the young Irene/Shelley.

The play runs from Wednesday May 22 to Saturday 25 in the Riverbank Arts Centre and begins each night at 8pm. 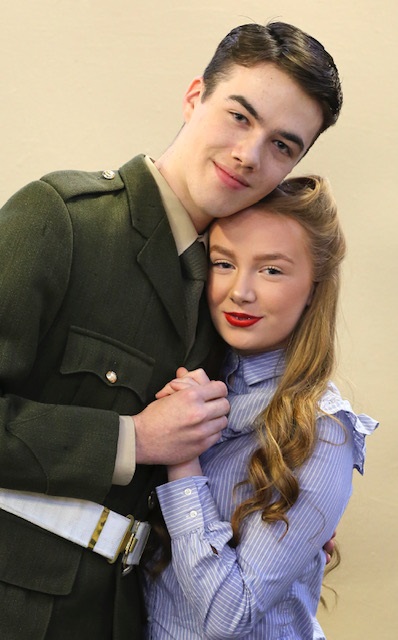 Daniel Flynn as Jim/James, and Cora Hall as the young Irene/Shelley