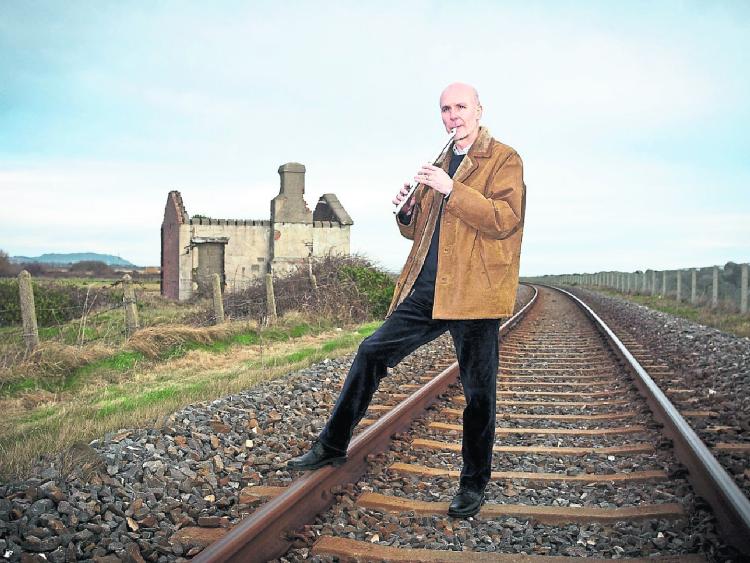 Cormac Breathnach brings The Whistle Blower Out of Time Tour to Riverbank Arts Centre in Newbridge on Friday, March 22.

This riveting show will weave the distinct strands of film, live music and images to allow the audience to experience a four-year artistic response by Mr Breatnach, arising out of a single traumatic event which affected him from the age of 13 into his adulthood. Mr Breatnach’s brother, Osgur, was one of three men wrongfully arrested, tortured and forced to incriminate himself for a crime he did not commit — the Sallins mail train robbery in 1976, which was to become the longest running trial in Irish criminal history.

Osgur Breatnach was eventually acquitted on the grounds that his statement had been taken under duress. The Provisional IRA eventually claimed responsibility for the raid.

Having reached the half-way mark of his tour, Cormac Breatnach believes that: “The show’s story, as expressed musically with its own inherent healing powers, continues to touch and move the audience. Bearing witness is crucial if we are to learn from the mistakes of the past.”

A whistle player, Mr Breatnach was immersed in the Irish musical tradition from early childhood.

Throughout his long career he has played with artists as diverse as Elvis Costello, Vanessa Williams, Donal Lunny, Bernard Purdie and Susan McKeown and has recorded many albums to date. His music is highly influenced by jazz and blues.

Mr Breatnach (whistles and voice) will be joined by Daire Bracken (fiddle and loops) and Martin Tourish on the accordion.
The Whistle Blower Out of Time Tour is at Riverbank Arts Centre, Newbridge on Friday, March 22 at 8pm.

Booking
To book tickets, log on ot www.riverbank.ie or telephone the theatre box office on 045 448327.