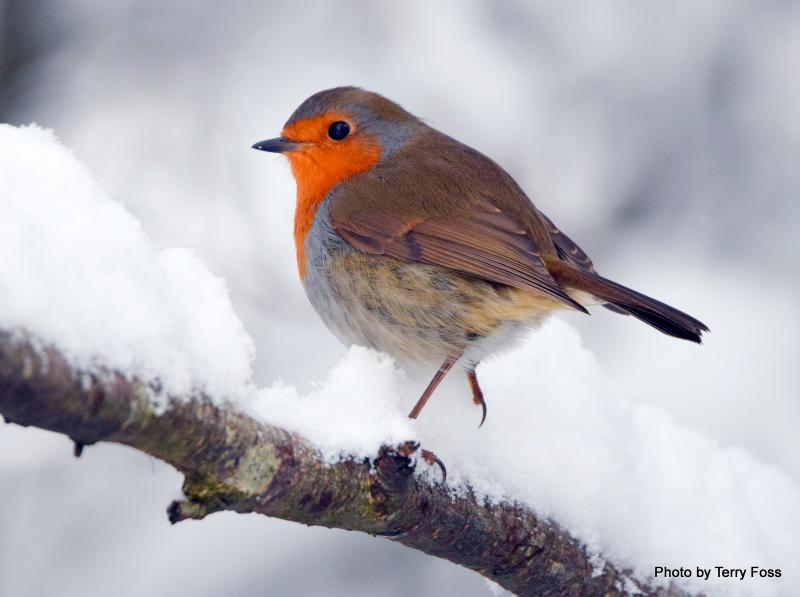 File photo: A robin in the snow. Photo by Terry Foss.

Many Kildare people woke up to a blanket of snow this morning, however, there is a thaw on.

According to Met Eireann there will be sunny spells and scattered showers of sleet, snow and hail and the potential for isolated thunderstorms up to lunchtime.

"Through the afternoon and evening, the snow showers will become mainly confined to high ground. Highest temperatures of just 4 to 6 degrees, but feeling colder in a fresh to strong and gusty west to southwest wind," it said.

The national forecaster said that early tonight there will be clear spells and scattered showers of rain or sleet but it will become drier overnight.

"It will be cold with minimum temperatures of -1 to +1 degree, so frost and ice is possible. Breezy early in the night with fresh and gusty westerly winds but winds will gradually ease light to moderate overnight.

"Any frost and ice will clear tomorrow morning. It will be dry with good spells of sunshine early on, but cloud will increase a little later in the day, which may bring isolated drizzle. Milder with highest temperatures of 8 to 10 degrees, in a light to moderate west to southwest wind."