Kildare SFC preview: Athy and Clane semi-final potential to be one of the games of the season 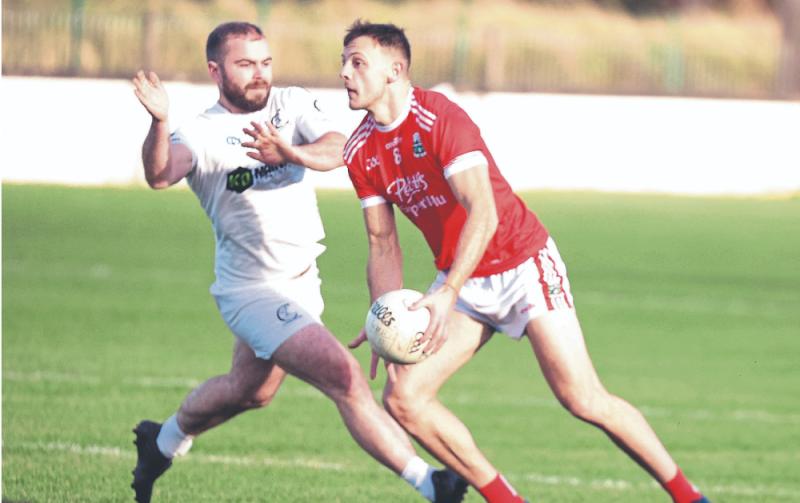 Not many would have predicted Athy and Clane would clash in the second semi-final of the Joe Mallon (Renault) Motors Senior Football Championship but on Saturday the pair meet at St Conleth's Park and both are there on merit and merit alone.
Clane are the most successful club team in Kildare having won no less than 17 senior titles to their credit, the last back in 1997 when they defeated Sarsfields 0-13 to 0-8.

Athy, on the other hand have seven senior titles in the bag, their last though just back in 2020 when they defeated Moorefield 1-11 to 0-12.

No doubt Clane have been building in recent seasons and now under Tom Cribbin they have really hit the heights in this campaign.

Athy, on the other hand would have been on most people's 'last four' list even without the services of county midfielder Kevin Feely who faces a prolonged stint on the sideline following that achilles injury picked up inside the opening minutes of the final group game against Eadestown.

Athy defeated Clogherinkoe in the quarter-final and did so with a bit to spare.
Played at Round Towers Headquarters, it was a game the boys in red dominated from start to finish and whole The Cloghs certainly gave it their all, they probably lacked a bit to get over the line on the day, but they have enjoyed a fine season and can certainly build on their 2022 campaign.

Clogherinkoe got an early goal in the quarter-final but it did not upset Vinny Walshe's lads as they led by four at the break – 0-12 to 1-5.

The final score line of 3-18 to 1-12 in fairness does not do justice to Clogherinkoe, they were not that far behind their opponents, even if never really going to overturn them.
Athy through have been gradually picking up their form as the season unfolds.

Keeper, James Roycroft is a fine shot stopper; Cathal McCarron is probably enjoying his best season with Athy since his journey down south; Darren Lawler is a sticky defender while the half-back line of Barry Kelly, Mark Hyland and Killian Mulhall is a line that is often at the heart of the attack, as well as being a strong defensive unit.

Paschal Connell is experienced, tough and strong in the middle while his partner against Clogherinkoe, Sean Bride, in for the injured Feely, can be more than happy with his display that evening.

Everyone of Athy's six starting forwards scored that day with Niall Kelly the stand-out player but Conor Doyle, Kieran Farrell, David Hyland along with Paudie Behan and James Eaton know what the game is all about at this level.
So what about Clane?

More than decent, fully deserve to be where they find themselves today.
Excellent keeper in Cian Burke; decent defence, Harry O'Neill is one for the future, no doubt; Robbie Philips a strong no. 3 as is Chris Byrne at no. 6; midfield pairing of Shane McCormack and Sean Christanseen are capable but it is up front where Clane really excel.

Adam Fanning had a really good game in the quarter-final, probably the best game of the season from him, involved in a lot of the attacking play, he tormented the opposition time and time again. Brian McLoughlin and Shane O'Sullivan are as good as what's around and indeed probably better than most; add in Cormac Vizzard, Sam McCormack, along with a decent bench, they are a very formidable side and they will be hungry, eager and certainly up for the challenge.

Tom Cribbin thinks highly of his side and that's for sure; only worry might be this season could be too early for them but we will really only know that come the day.

A very difficult one to call; the loss of Kevin Feely is huge for Athy, he is a leader on the field as well as being a huge player for the boys in red.

This is a huge step-up for Clane though, they will be facing their strongest test to date.
Are they capable?

Of course they are but having said that if Athy can use Kevin Feely's absence to get that extra bit of effort from their side, they just might make it through in a game that has the potential to be one of the games of the season.