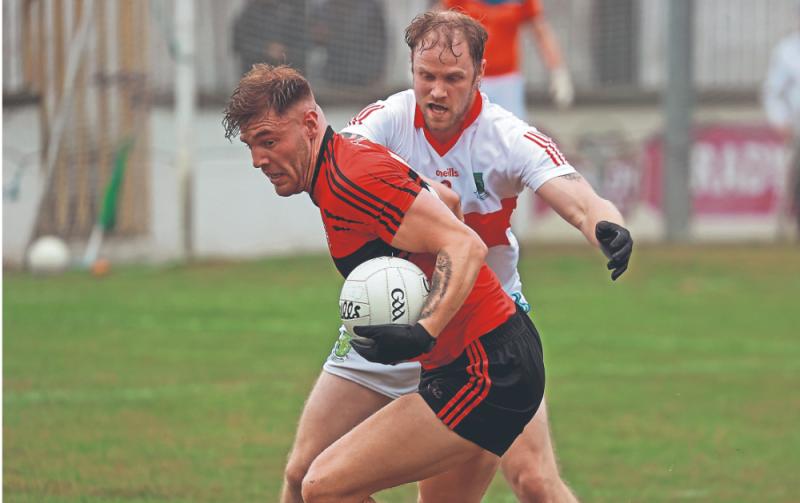 Imponderables, the Oxford dictionary describes as “a factor that is difficult or impossible to estimate or assess” and even after Celbridge's win over Johnstownbridge on Saturday in the Joe Mallon SFC quarter-final, that word still aptly describes, not just the losers but the winners as well.

Celbridge now take on Naas in the semi after this four point win in a game they (Celbridge) never really looked like losing but never really put the weak challenge of the opposition to bed.

A lot of miss-handling, miss-placed passes and some woeful shot selection from both that at times saw decent moves ending with the umpires waving no score.

Speaking of umpires there were a few very dodgy calls at both ends; in the opening half, a wide for The Bridge looked to go between the posts at the Kilcullen end while a point awarded to Celbridge, from the press box at least, looked more outside than inside the left hand post.

This is now Celbridge's ninth time in a row to reach the senior semi-final, having won just one of those, and that was against Saturday's opposition, that back in 2017.

Not for the first time Paddy Brophy was the leading man for Celbridge and he opened converting a free after a foul on Mick O'Grady.

Fergal Conway got Celbridge up and running witha point and soon after, in one of the best moves of the day, Brophy linked up with Aaron Browne who in turn found Fergal Conway, coming forward like a train, the county man buried the ball in the back of Eoin Sheehan's net to make it 1-1 to 0-1.

Cathal McNally and Daniel Flynn raised white flags before Same Doran's effort was waved wide, much to the surprise of many.
And it was Doran who looked to be in again but his fierce shot was brilliantly knocked away by Shane McNamara.

Kevin O'Callaghan extended the Celbridge lead with a point that would certainly have brought Hawkeye into action if played in Croker, and two minutes the busy O'Callaghan set up Paddy Brophy who made no mistake, Celbridge 1-3 Johnstownbridge 0-3 on 21.

Darragh Sloane hit one of the points of the day from under the stand into the Kilcullen end; but a Paddy Brophy free and a fine effort from Niall O'Regan saw Celbridge lead at the break 1-9 to 0-4.

On the resumption Paddy Brophy made a brilliant run through the middle and with Kevin Flynn flying on his outside a goal look on but the pass was over-hit and the chance disappeared quicker than a slab of beer at 'The Pacnic' down the road.
Fergal Conway should have extended the lead but missed the target, a Paddy Brophy converted free was replied to with a similar score from Paddy Cribbin.

Kevin O'Callaghan missed the target before Darragh Sloane hit the target with a similar score that he got earlier.
Fifty minutes in and Celbridge led 1-6 to 0-6; still in control but still not putting away the challenge but points from Aaron Browne (free) and a Shane McNamara free pushed the gap out to five.

Paul Cribbin and Sam Doran gave The Bridge hope but it was not to be with a fine move involving Dean O'Donoghue, Kevin Flynn and Paddy Brophy ended with the latter splitting the posts as the final whiste arrived, Celbridge advancing 1-9 to 0-8.
Another semi-final for Celbridge; another disappointing display from Johnstownbridge, and while one feels there is a lot more to come from Celbridge, if they are to advance to the final there needs to be more, and a lot more at that.