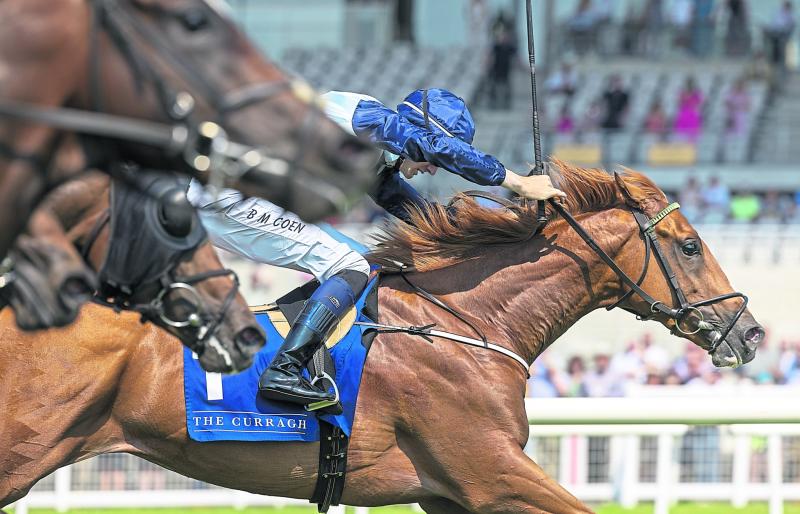 Curragh-based Johnny Murtagh has been ticking along nicely and Shanghai Dragon illustrated an improving profile when obliging in the Irish Stallion Farms EBF Fillies’ Handicap over a mile at Leopardstown on Thursday, propelled by stable jockey Ben Coen to make it two-in-a-row.

Coen had the leaders in his sights throughout and made his move in the final quarter mile, eventually taking it up a furlong out and galloping to the line a ready victor by a length and three-quarters.

Murtagh’s neighbour, from just the other side of the Curragh Racecourse, Dermot Weld, took the closing honours, as Giladah recovered from a tardy start to claim her second handicap of the season, the Sadettin Atig Memorial Handicap over nine furlongs.

The three-year-old filly was put into a prominent spot quickly by Chris Hayes despite not coming out of the stalls well, putting her in position to make her move as soon as they turned into the straight and showing tremendous battling qualities to hold off the fast-finishing Highland King by a neck.

Murtagh and Weld were also successful at their local Curragh track on Saturday, Murtagh claiming the opening Irish EBF Median Sires Series Maiden on the Ben Coen ridden Daamberdiplomat by a half-length before Weld provided Oisín Enright with a winner on his very first ride as Thaleeq came from off the pace to record an emphatic two-length victory in the Sycamore Lodge Equine Hospital Derek O’Sullivan Memorial Apprentice Handicap.

Another local, trainer Johnny Levins, rarely had a moment’s worry when seeing Joey Sheridan steer Prisoner’s Dilemma to a two and a half length success in the Sycamore Lodge Equine Hospital Handicap.

Showing the benefit of a recent run, the gelding dotted up and now has some fancy sprinting targets in Britain and Dubai.
Meanwhile Jessica Harrington landed the feature at Gowran Park last Wednesday as Paris Peacock finally shed her maiden status at the eighth attempt but at the most opportune time in bagging the Listed Hurry Harriet Stakes.

The three-year-old broke well but Shane Foley just took her back to track the leader Show Of Stars before asking her to pick up two furlongs out and she stayed every yard of the extended nine furlongs to score by a neck.

There was a win too for Johnny Murtagh as Safecracker benefited from a strong piece of riding by Ben Coen to beat off fellow 3/1 joint favourite Inuit and bag first prize in the mile-and-a-half McEnery Cup Handicap, stamina and attitude winning the day.

Caragh native Seamie Heffernan enjoyed the trip home too as the Kevin Coleman-trained One Small Step relished the quick ground as well as going right-handed to claim the seven-furlong Open Week At Gowran Park Handicap on her final outing before going breeding.

Settling well towards the rear of the 11-runner pack for her rider before making smooth progress up to the two-furlong pole and finding plenty when asked to win by half a length.

Willie McCreery took the opening Irish EBF Supports Champions Weekend Maiden for fillies over nine furlongs with Believein-
miracles, who relished the step up in trip and was given a peach of a ride by stable apprentice Nathan Crosse from the front, the Cahir man asking for increased effort just inside the two pole and his partner asserted in impressive fashion. 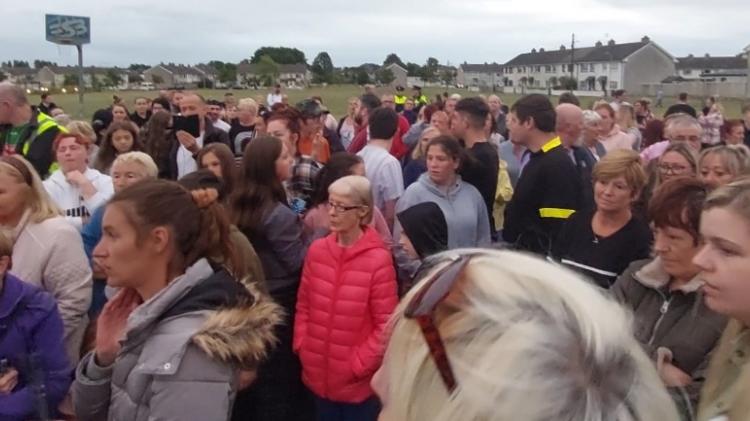 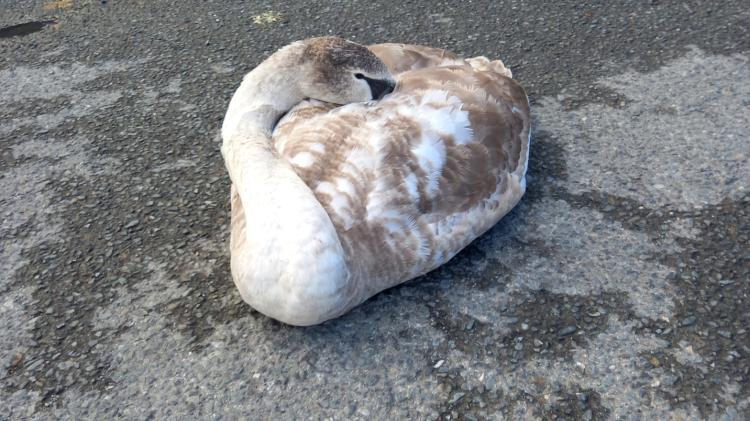