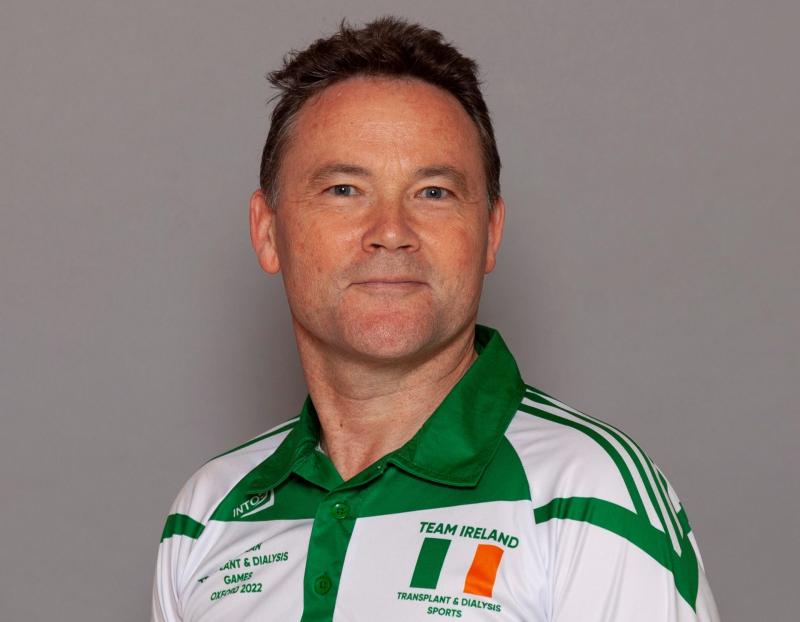 James Nolan, of multi award-winning Nolans of Kilcullen, will represent Ireland when he participates in The European Transplant and Dialysis Games to be held in Oxford, England from August 21 to 28 this year. Along with his fellow athletes from Transplant Team Ireland, James will take part in the week-long multi-sports competition specifically for Heart, Lung, Liver, Kidney, Pancreas & Bone Marrow transplant recipients and kidney dialysis patients from over 25 countries.

The European Transplant & Dialysis Games were first staged in Athens in 2000 and subsequently have been held bi-annually in nine different European countries. The event is similar to the Paralympics Games and there will be over 400 competitors competing in Oxford. These Games are an invaluable means to help transplant recipients and dialysis patients re-engage socially and provide an invaluable goal to try to return to normal after a challenging two years due to Covid restrictions. After these Games in Oxford, the Irish Team will be setting their sights on the World Transplant Games in Perth, Australia.

James is married to Emma and they have one son, nine year old Andrew James and they will travel with James to the Games this year as they have in the past. James received a Life Saving Kidney Transplant from his sister Catherine Doyle in July, 1987 and this will be his 32nd Transplant Games. He first competed in the Europeans in Hungary in 2002, and this will be his 10th consecutive European Championships. James has also competed in eight World Transplant Games Championships - the last one being in Newcastle in 2019.

His main sports are Athletics concentrating on the 400 M, 200 M and Relay but James is also well known as a highly skilled Team and Individual Golfer, having medalled successfully in all his events over the years. James feels privileged to be healthy enough to compete at the Transplant Games every year. He feels the Games are so important to all Transplant and Dialysis patients as they showcase the success of Organ Donation. Likewise, they are a wonderful celebration of life by people from all over Europe, who are brought together to give thanks to all the Organ Donor families and celebrate the special second chance they have all been given in Life. The Dialysis Athletes are inspirational in that they remind all transplanted athletes just how lucky they are and James feels the Games are hugely important in motivating him to stay fit and to lead a healthy lifestyle which in turn helps his precious transplanted kidney. Even more so the Games powerfully promote and create Organ Donor Awareness in Ireland and all over Europe

The Team recently had their official Team Kit Launch with Olympian Michael Carruth sharing his advice with Transplant Team Ireland at Kilcullen Community Centre. It was inspirational to hear Carruth speak of his passion, drive and unrelenting ambition to win the Olympic medal, beginning when he was just 7 years old. His advice included 'don't give up' after failure, or when everything seems to be against you and repeated “don't believe naysayers who tell you that you can't achieve what you want because he proved them wrong.”

He spoke of his encounter with George Foreman at his first Olympics when things didn’t go so well. Carruth actually fought his 1992 Olympic final with two broken hands - defeating Cuban boxer Juan Hernandez Sierra and taking home Ireland's first gold medal since that won by runner Ronnie Delaney at the 1956 Games in Melbourne. It was a personal, intimate account of his challenges to the final and one that each athlete present could relate to - the need to believe in yourself, the necessity of good support around you and the driving passion to succeed.

Transplant Team Ireland also fondly remembered members of Transplant Team Ireland who have passed away since the last Games and family members were present to accept a Team Jersey in honour of their loved ones. They were told that this was a loss for the whole 'transplant family' and it was poignantly noted that they were to be 'honorary team members' in Oxford.

Like all of his colleagues in Team Ireland, James competes to honour their donor and the donor’s family. Their stories are inspirational ones - of facing adversity head on and valuing the most precious gift of all – Life. Team Ireland showcases the success of organ donation and transplantation whilst offering inspiration to those who are newly transplanted or newly diagnosed with organ failure. To keep up to date on Team Ireland's progress, visit transplantsportireland.ie and their corresponding social media platforms linked from the website. The Team have one simple request to everyone - to please consider carrying an Organ Donor Card and Have the conversation – Say YES to Organ Donation