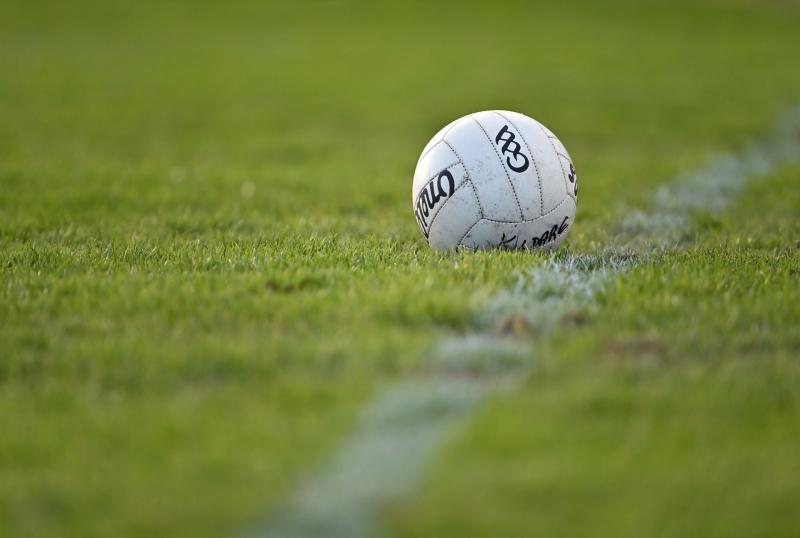 Allenwood were convincing eleven point winners in this opening Group B encounter of the Auld Shebeen Athy IFC.
After impressive preliminary round wins over Suncroft and Monasterevin respectively it was Allenwood who stepped it up again with a fine display of attacking football.

Eoin Bagnall, who missed the previous weeks victory, opened the scoring inside sixty seconds.
Rathangan hit straight back when Rian Teehan play a long ball to Brian Mullally and he tapped over.Bagnall from a free, after

Johnny Byrne was fouled and Billy Maher extended the lead to two.
Rathangan replied with three of their own. Rian Teehan's strong running bought him two frees that Mullally converted.

In the tenth Teehan again found Mullally and this time he forced Luke Anderson into a fine save. From the resultant 45 Sam Savage moved Rathangan into the lead for the first time.

Billy Maher then got Allenwood's opening goal Johnny Byrne found Darren Judge and he transferred to Maher and he rattled the net.

Allenwood then suffered the loss of Darragh Malone through injury but they didn't suffer as they outscored Rathangan by 5 points to 2 befire the break.

Two Eoin Bagnall frees and points from Rory Moran Darren and Eric Judge pushed them into a five point lead after Savage and Mullally replied for Rathangan.

Within 60 seconds of the resumption Rian Teehan found Sam Savage at the back post and he palmed the ball past Anderson. Eoin Bagnall put three between them directly from the kickout but again Savage replied as the game was end to end.

The gap was now six and within 60 seconds the two Johnny's Doyle and Byrne extended it to eight. It was hard to see a way back for Rathangan but Rian Teehan and Brian Mullally from a free kept them in touch. Eoin Bagnall got his sixth of the game after Rory Moran was brought down.

With seven minutes left on the clock Luke Anderson made two outstanding saves from Mullally and Savage and Josh Smullen's two resultant 45 were of little reward.

Rathangan pushed forward in the hope of a goal but they hit with two sucker punches.A quick break from defence saw Darren Judge force a good save from Smullen but Aaron Dunne followed to shoot to an empty net.An attempt for a quick return to play was intercepted by Dunne and he had his second goal inside a minute.
Allenwood had done enough for a 4-14 to 1-12 victory.

After 21 points last week and a sizeable score here they will move forward with confidence to play Ellistown and Caragh.
Rathangan can count themselves unlucky to have suffered the late goals but a repeat of last week's victory over Monasterevin will give them confidence for the battles ahead.