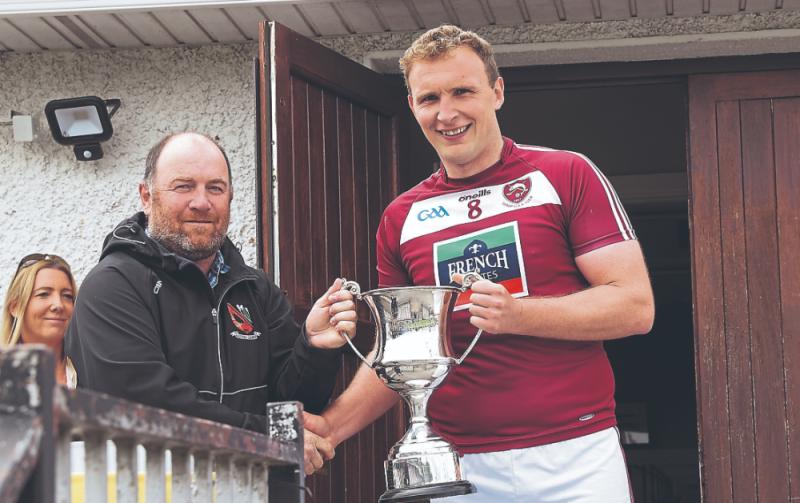 Leixlip were crowned Division 2 SFL champions on Sunday afternoon in St Conleth's Park, following a fully-deserved and indeed impressive performance, defeating a very disappointing Johnstownbridge side by seven points – 0-16 to 1-6.

Leixlip looked more up for this one from an early stage but it was Johnstownbridge who led at the break 1-5 to 0-5.
Leixlip opened with two points from Tommy Moolick and wing back Ollie Birch.

Cathal McNally, operating at no. 6 opened for The Bridge on nine minutes.
Jack Barrett saw a free come off the upright, back to himself and this time he went for goal but his effort hit the post and went out wide.

Rory Flynn made a fine catch on his own half back line and began a move that ended with Paddy Meagher firing over to leave it 0-3 to 0-1 on 18 minutes.

Shane Flynn and Jack Barrett (free) exchanged points before The Bridge stepped it up with points from Keith Cribbin, a brilliant effort from Darragh Sloane followed by a goal, set up by Daniel Flynn brilliantly finished by Cathal McNally.

Leixlip replied with a point from Conor Lawler to leave the half-time score reading Johnstownbridge 1-5 Leixlip 0-5.

Few could have predicted the way the second half panned out with Leixlip taking control, five points in a row saw them go two clear after 43 minutes and while Cathal McNally replied for The Bridge that point turned out to be the only score for them in the entire second half.

Mark O'Toole had a second half to remember, hitting the final five points of the game as Leixlip ran out somewhat comfortable winners on a final score line of Leixlip 0-16 Johnstownbridge 1-6.

Big boost for Leixlip, not only gaining promotion but doing so as champions as they lifted the Jerome Casey Trophy; they can look forward with a fair degree of confidence now as they face into the intermediate championship.

Very poor display from The Bridge and while they did gain promotion, on this display they have a lot of work to do before they being their senior championship campaign in two weeks time.