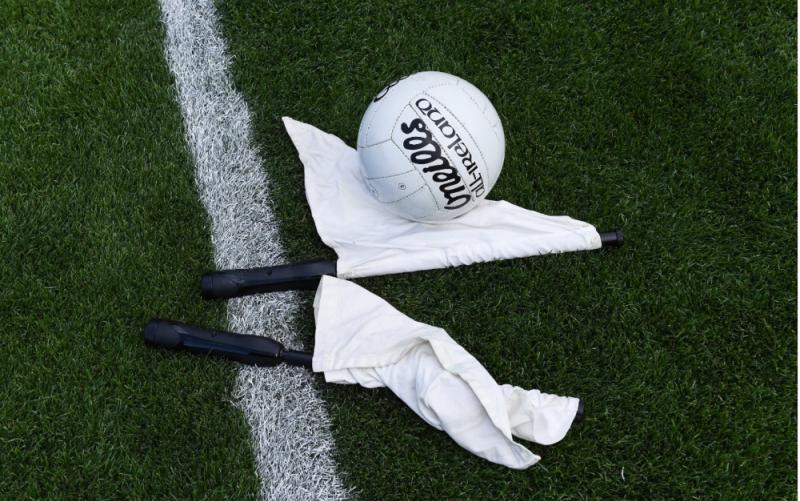 Raheens have beaten Leixlip in a thrilling final to win this year’s Reserve Football League Division 2. The final margin of nine points does this game no justice as to the competitive nature and entertainment of this contest.

The game looked like it could have been over before it even got going as Raheens scored two goals inside the opening two minutes. The first came in under 30 seconds as Gavin Thompson was fouled inside the box and the referee had no choice but to award a penalty.

Jack Taafe converted calmly and it was a dream start to the final for his side. If conceding a penalty in a matter of seconds was making this game an uphill battle then conceding another just a minute later is making yourself climb said hill backwards. Gavin Thompson put his side 2-0 to 0-0 in two minutes.

Leixlip responded with energy and were it not for some poor shot selection could have rattled off three points in pretty quick time. But Leixlip would get a green flag of their own as the ball was sent into Ciaran Silke who knew what he was going to do before that ball arrived at his chest. The full-forward pivoted quickly and smashed the ball home, 2-1 to 1-0. Game on.

Raheens began popping scores over for fun and began to build a lead as the game settled down. All looked rosey with a six-point lead before the break when a promising attack was stopped by a Raheens man in the box and the referee awarded a penalty. Niall White stepped up and just like his opposite number slotted his penalty home. Raheens would recover quickly to hold a five-point lead at half time.

Raheens were in front from the first minute and mainly held a healthy lead for most of this game but Leixlip were Rocky Balboa-esque in their ability to take punishment and keep marching forward, they never fell away. Which is to their eternal credit because it appeared to be getting away from them at various stages of this game.

It was more of the same in the second half as Raheens appeared in control but Leixlip sprang into life and seemed to score in bursts in this game. After being pushed wide by some great defending Leixlip forward Mark O’Toole looked to take his score from a wide angle but the ball crept beneath the crossbar and eyes are always placed on the goalkeeper when these things happen but there was little Daragh O’Shaughnessy could have done.

Leixlip got within two with 10 minutes to go and those donning maroon in the crowd dared to dream of what would have been an utterly incredible comeback. But Raheens quality shone through to close this one out as substitute Rob Thompson, fresh off 60 minutes last night for the first team in division one got himself a goal that put them comfortably ahead once more. Raheens won the final in a game that was entertaining to the highest degree.