Kildare minors out in quarter-finals despite strong late comeback 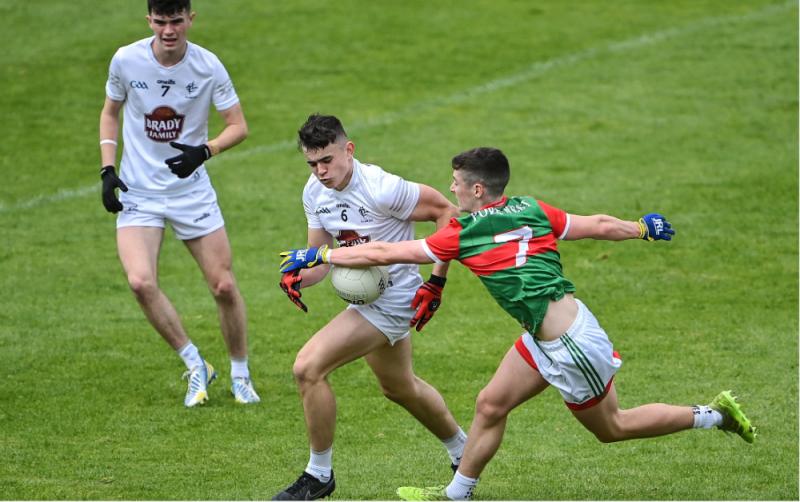 James Harris of Kildare is tackled by Paul Gilmore of Mayo during All-Ireland Minor Championship Quarter-Final match between Mayo and Kildare at O'Connor Park, Photo by Piaras Ó Mídheach/Sportsfile

Six points in it in the end but in fairness Mayo were probably worth more than that as they booked a place in the Electric Ireland MFC semi-final following this victory over Kildare at O'Connor Park, Tullamore, on Sunday afternoon.

With Galway, who lost to Mayo in the Connacht final just six days previously, dismissing Dubllin in the opening game, that result served notice that football at minor level in the west was possibly stronger than many anticipated.
And it did not take too long for Mayo to stamp their class on the second quarter-final, despite playing against a very strong wind.

Luke Feeney opened for Mayo inside 40 seconds but Kildare hit back with points from Killian Browne (having been fouled himself) and the impressive Eoin Cully.

The rain arrived with the driving wind and on 13 minutes Mayo hit the Kildare net when Niall Hurley got on the end of a great ball, turned before lasting to net, John Maheady added a point quickly followed by another by an excellent run from Mayo's James Maheady who was fouled and Ronan Clarke made it 1-3 to 0-2 at the mid-way point of the half.

Kildare enjoyed the best period of the entire game in the next four or five minutes getting themselves right back into the game and taking the lead.

Ryan Sinkey got the ball rolling with a fine points; a fine ball inside by Ben Ryan saw Eoin Cully take, and convert a mark before the boys in front shocked their opponents when James Harris found Ben Loakman and the Sarsfields man made no mistake blasting to the Mayo net.

Joey Cunningham added a point and suddenly Kildare led 1-5 to 1-3 with 21 minutes on the clock.
Mayo found the Kildare net but the referee had already signaled for a free and Ronan Clarke duly converted to reduce the gap.
Joey Cunningham made it back-to-back points before disaster struck for Niall Cronin's side.

A short kick-out after that goal did not find its intended target and Diarmuid Duffy combined with the impressive Niall Hurley who had the ball in the Kildare net again making it 3-5 to 1-6.

Kildare hit back with a point before half time, this time Ben Ryan came forward from his defensive duties to hit a brilliant long range effort straight and true.

The half time whistle arrived with Mayo in a really strong position, with the wind in their favour in the second half, they led 3-5 to 1-7.

Dara Hurley increased the Mayo lead on the resumption, Ben Loakman hitting a fine point; Niall Hurley added two points for the boys in green and red before Eoin Cully replied to leave it Mayo 3-8 Kildare 1-9 just five minutes gone in the second half.
Mayo introduced Oliver Armstrong from the Knockmore club just seven minutes into the resumption and he certainly took his chance firing over just two minutes after coming in.

Kildare had a real good goal chance soon after, Ben Loakman setting up Eoin Cully but the Carbury's made effort went left and wide.

Two points from Ronan Clarke and two from Oliver Armstrong stretched the gap out to ten points with 50 minutes gone and it looked Mayo were about to end a Kildare's championship hopes for the second time inside less than 24 hours.
Eoin Cully's goal attempt went high and over but again Mayo responded with points from Armstrong and another second half substitute Zac Collins.

Less than five minutes to go and Kildare hit back, initially when a close-in free from Killian Browne appeared to be miss-hit but Eoin Cully was on hand to get a touch to it and steer it past David Dolan in the Mayo goal and soon after James Harris made headway into the danger area only to see his goal attempt foot-blocked by Bio Mortimer.

Referee had no hesitation and awarded a penalty which Ben Loakman made no mistake blasting to the net to make it 3-10 to 3-15 and when DJ Percival added a point the lead was down to just four with 60 minutes gone and six minutes of extra time to come.

A breakaway point from the impressive Niall Hurley eased the Mayo concerns, Ben Loakman replied with a free but Mayo added to late points to book their place in the All-Ireland semi-final winning 3-18 to 3-12.

HIGHLIGHT
Two goals inside a minute in the opening half set up Mayo for this victory and while Kildare did something similar in the second half, the gap at that stage had grown too large, despite Kildare making a gallant second half recovery cutting a ten point lead back to four.

LOWLIGHT
The display in the opening half without a doubt, despite playing with the aid of a strong wind Kildare failed to stamp any authority on proceedings and while they took the lead during their best period in the second quarter of the opening half, those two goals conceded inside a minute took the wind out of their sails.

TURNING POINT
No doubt the two Mayo goals from Niall Hurley and Roan Clarke, Kildare never really recovered from those.

MAIN MAN
For Mayo, corner forward, Niall Hurley is certainly a player with huge potential, he scored 2-4 in total and overall was very impressive; his team mate at 14, Ronan Clarke is also one we may hear of in the future, scoring 1-7, the Bohola May Davitts man had a big game.
For Kildare the two main scoring threats were probably the best in white, both Ben Loakman and Eoin Cully did very well; James Harris certainly played a captain's role while Ben Ryan also caught the eye.

REF WATCH
Overall the match official, Barry Tiernan, from Dublin, had a fine game; one of the up-and-coming officials without a doubt.

WHAT'S NEXT
March on to the All-Ireland semi-final while for Kildare it is the end of the road for 2022.
A somewhat disappointing ending after putting in some fine display early in the Leinster campaign they fell to Dublin in the decider and now to Mayo here. 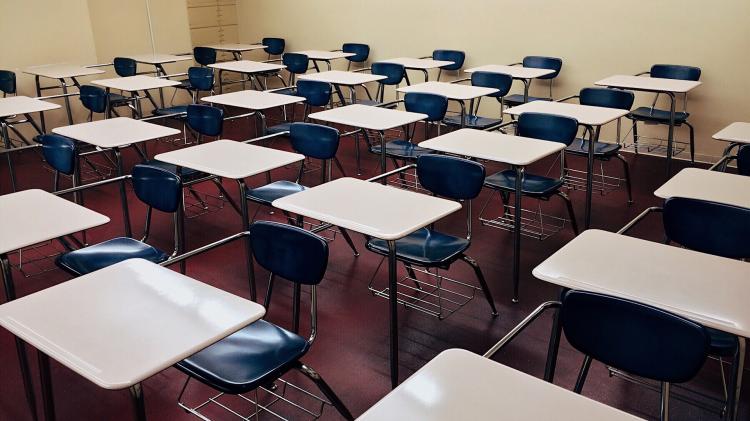