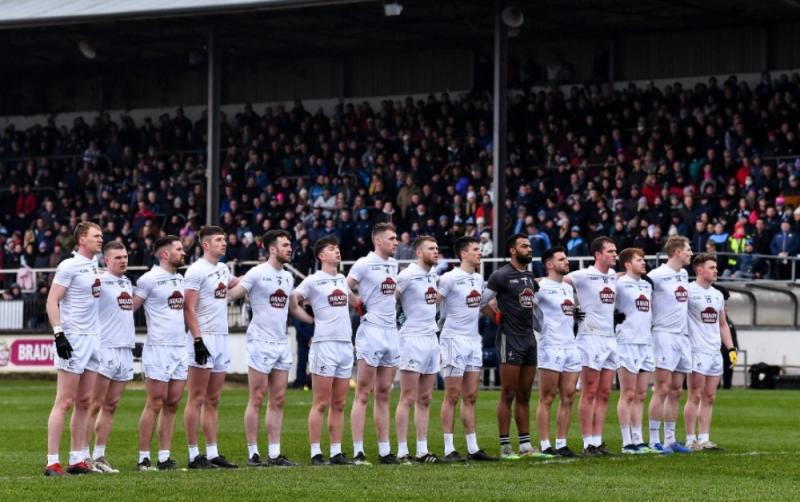 The more one looks back on last season's Leinster SFC final when Dublin prevailed over The Lilies — 0-20 to 1-9 — the more one wonders what if?

One got the impression that then manager, Jack O'Connor was more concerned with keeping the score difference to the minimum than going all out to actually win the game.

Maybe the result would have been the same but having said that ...

On top of that Kildare have a win over The Dubs under their belt after defeating Dessie Farrell's boys in St Conleth's Park (1-12 to 0-12) in the Allianz Football League (Division 1) and while both were relegated at the end of the day, the win nevertheless was significant.

Kildare have changed greatly since 2021; missing that day was Kevin Feeley, Darragh Kirwan started on the bench and in all there could be as many as seven or eight changes from the side that lost that day.

Of course Cormac Costello, Con O'Callaghan and John McCarthy are stand-out players who have returned to The Blues so significant more artillery there no doubt.

Dublin put down a marker against Meath last week that they could be back and heading in the right direction, scoring an impressive 1-27 but having said that it was as poor a Meath performance than we have seen from The Royals for some time.
Kildare on the other hand showed, going forward, they are a big threat while the big concern concerns their leaking of scores, the 2-15 Westmeath scored would win many a championship match and there is little doubt that Glenn Ryan's side will have to shore up some gaps if they are to cause a shock result.

On the plus side Ryan Houlihan is expected to return from injury and that will be a significant boost as the Moorefield man has enjoyed a great season to date.

As for other changes, wouldn't be surprised to say at least one, possibly two. Despite hitting an impressive 1-21, some of those changes could come in the forward division as it was felt that the defensive work by one or two of the front players — now such a big part of the modern game — may not have been what was expected of them.

It will be interesting to see how Kildare do line out and that's for sure. Manager, Glenn Ryan, while admitting that getting to a Leinster final was an achievement in itself, admitted when asked if that display (against Westmeath) would be good enough to win a Leinster final, replied “probably not” before adding that he expected improvement from his team come the big day.
Kildare have, this season, a fine collection of scoring forwards with Jimmy Hyland, Ben McCormack and Darragh Kirwan leading the charge.

Daniel Flynn may only have raised two white flags against Westmeath but his overall contribution was massive. His quick hands, his quick thinking, his pace and his overall read of the game will, and has, given defences much to worry about.
Remember that goal the Johnstownbridge man got in 2021 when leaving Johnny Cooper on his rear end, before blasting to the net for one of the goals of the season.

Croke Park suits Darragh Kirwan and while the big Naas man at times would be better to off-load rather than go for the spectacular score, he is another huge player for Kildare.

Jimmy Hyland is enjoying a great season, scoring game after game, pacey and accurate he has the capabilities to punish any defensive lapses that may occur.

Midfield will probably see Kevin Feeley and Kevin O'Callaghan pair up again; against Westmeath they were decent, if at times lacking a bit of pace but Feeley's fetching ability in particular is a joy to behold when in the zone.
Dublin will certainly test the Kildare defence and if they (Kildare) play as loose as they did against Westmeath they will be punished. They (Dublin) still possess some of the most lethal forwards in the game, forwards to use another phrase that “have not gone away.”

Dean Rock's accuracy from frees needs no reminding; James McCarthy's mobility is crucial to The Dubs, Ciaran Kilkenny seems to have regained his best form, so all-in-all Dublin will be as formidable as ever.

This has the potential to be a high-scoring game with so many prolific scorers on both sides, so it could come down to defences and how they perform on the day.

The Lilies know they must tighten up in this regard and if they can do that they will be in with a real chance.
Here's hoping!