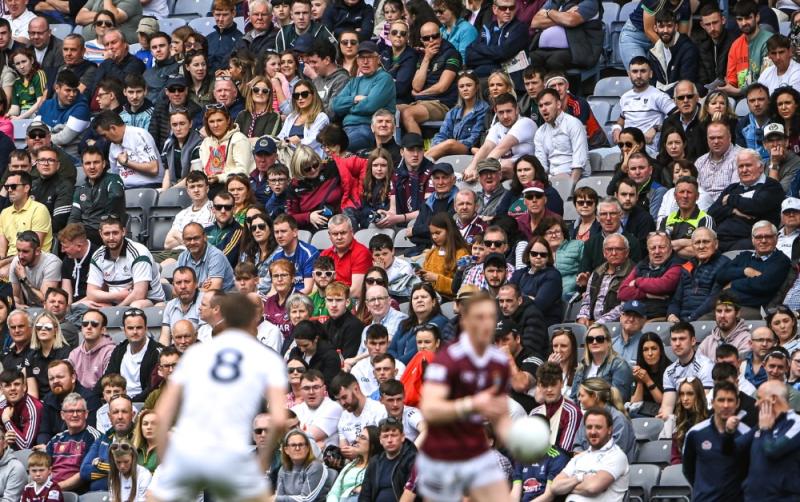 Back-to-back Leinster senior football championship appearances to add to the Leinster final of the minor footballers (tomorrow evening in Portlaoise v Dublin); the U20s having already been crowned Leinster champions, coming up just short in last Saturday's All-Ireland final against a very talented Tyrone side.

The fickleness of the Kildare fans it seems knows no bounds.

Once the 'Fab Four' took charge of the senior squad hopes rose quicker than the price of a litre of petrol.
The fans responded with huge attendances at League games; an early draw with Kerry was met with “we should have won that.”

Even sending the Dubs home with no league points from St Conleth's Park, was met in some quarters with queries concerning the demise of the Boys in Blue.

Just missing out on retaining Division 1 status seemed in many quarters to be down to pure bad luck in a “very, very tough division.”

But the upcoming championship was something to look forward to — big time. The draw saw The Lilies set to take on the winners of Carlow and Louth. Many of the doom and gloom merchants were hoping it would be Carlow “such was the record that Louth had against Kildare” totally disregarding that that “record” stretched back to when many of today's players were not even born or if they were, were running around in nappies.

Louth were pushed aside with consummate ease, which was met by many saying, Division 3 team.
Westmeath next up.

A Westmeath side that failed to get out of Division 3 this year, we were reminded of time and time again. A side The Lilies defeated last season but by just two points.
And so to Sunday last.

Still no sign of the unfortunate and talented Eoin Doyle.

Ryan Houlihan, one, of not thee most consistent players of Kildare this season, was out, a knock picked up in the latter part of the Louth game had not cleared up sufficiently we were informed.

Word on the street was that if push came to shove, he could have made it but manager Ryan has always maintained, and rightly so, unless 100 per cent fit; no game.

There was a time in Lilywhite Land when we had teams, good teams that could complete with the best but we lacked something; usually the finger was pointed to the front six, maybe also including the midfielders.
That has changed.

Have no doubt about it Kildare now possess players who can find the posts as regular as the weekly rise in that precious litre of petrol or diesel.

They have wracked up some great scores throughout 2022.
They did it against Louth in the quarter-final and repeated that against Westmeath in Croker on Sunday last.
In fact one could argue that against Westmeath The Lilies put on a scoring exhibition, some fabulous points, a brilliant goal and earned a deserved place in the Leinster final.

Still many are not happy.

Of course to concede 2-15 is way too much in championship football.
Of course, one could argue and rightly so, that Kildare should have been home and hosed a long time before the long whistle arrived in Croke Park.

And while Rome wasn't built in a day, a new Kildare team, under new management, under a new regime, is not going to suddenly appear from nowhere.

It has taken some four years for the majority of the successful 2018 All-Ireland winning side to make it, not just onto to the senior panel of today but to become regular starters.

This project is in its infancy. This project will take time.
Making it to back-to-back Leinster senior finals is an achievement in itself.
Taking on Dublin will be another step in the right direction. Another part of the learning curve.

Despite putting on an exhibition of fine scoring, Glenn Ryan has acknowledged, when asked, if that performance will be good enough to win a Leinster.

His answer: “probably not” adding “improvement will be needed.”
He is right.

A tendency to mark space rather than an opponent last Sunday gave Westmeath the platform to open up Kildare more times than was comfortable. And Dublin will be a bigger test again. But it is something to look forward to.
An opportunity to test an emerging team against one of the best around (still).

But have no doubt, and regardless of how the Leinster final pans out, one thing is certain this time around.
Unlike last year we won't be traveling to Croke Park on Saturday week with the same negative approach as 12 months ago.
There are a lot of positive signs in Kildare GAA at the moment. As we said at the outset, success at minor, U20 and progress at senior level are all to be welcomed.

The hurlers are in the Christy Ring Cup final this Saturday.
Another big step in the right direction.
And what of the ladies. Crowned Leinster champions last weekend at intermediate level they can now look forward with confidence to the All-Ireland series.

And while the camogie girls lost out in their Leinster final to Meath on Sunday, reaching the decider is another positive signal.
So despite the many knockers, there is so much to be pleased and happy with at the moment.
But still the fickleness of the fans knows no bounds!