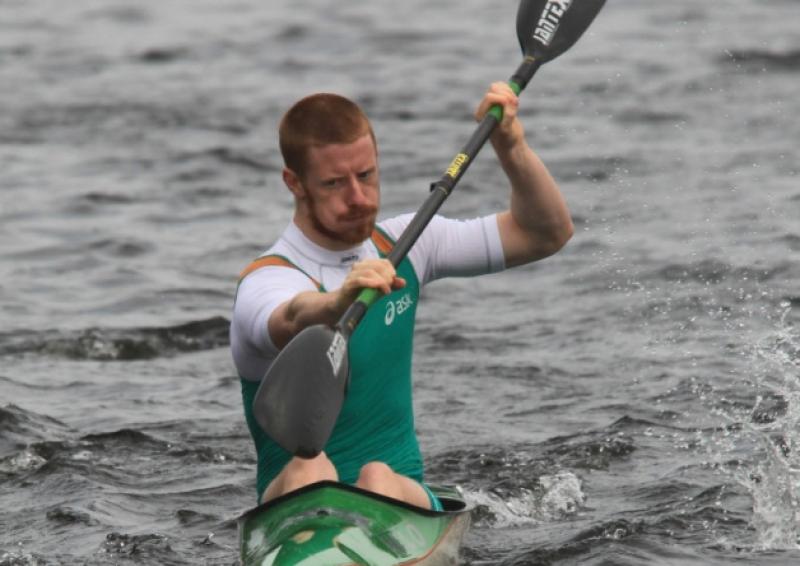 “All that is necessary for the triumph of evil is for good men to do nothing” - Edmund Burke (born 1729 in Dublin, Ireland).

“All that is necessary for the triumph of evil is for good men to do nothing” - Edmund Burke (born 1729 in Dublin, Ireland).

Over the last two weeks I have felt a sense of utter helplessness watching the news reports from Gaza and counting the death toll as it rises hourly.

Each time I see a fresh report of more civilian deaths, I am reminded of the unlikely friendship I made in 2006 while training in Seville.

At the time I was a 22 year old kayaker, lucky enough to be representing my country and training hard to try and qualify for the Olympics. That winter, amongst the European rowers and kayakers who annually migrate to the south of Spain, we were joined by a small team of novice rowers from the Middle East. We quickly found out that they were the newly formed Palestinian rowing team, set up by the International Olympic Committee under their development programme.

The first time I met them was on a Friday evening. They were watching excitedly as the last boats got off the water.

As I carried my kayak into the boathouse, one of the group, a man named Ahmed, approached me and asked “Is your watch GPS?”. Startled, i answered that yes, it was the new Garmin GPS. He quickly asked me to find East on the watch.

The request caught me off guard and after a few minutes of fumbling between different functions and settings, I embarrassingly pointed to what I thought was East. Ahmed thanked me, and the group rolled out their mats beside the river to begin their evening prayers.

As soon as I got back to my room, I checked the maps for Seville and to my horror realised i had pointed them in completely the wrong direction! For seven days I watched each morning and evening, as they turned their backs on Mecca and prayed towards Portugal.

Finally I worked up the courage to admit my error. Ahmed broke into laughter at my clear embarrassment. He slapped me on the back and said “Don’t worry, it happens all the time. Wherever God is, I’m sure he hears us”.

I got to know Ahmed quite well over the coming weeks. He had been training for two years, but this was his first time to actually row a boat on water.

The IOC had provided them with old rowing machines, but were unable secure access to the rowing clubs and water across the border in Tel Aviv. So the training camp was a steep learning curve for the team.

He was incredibly friendly, eager to learn as much as he could about training, technique, diet, anything that might help him go faster. Indeed, he was just like every the other athlete at the training centre; obsessed about sport, and chasing that Olympic dream.

It was only on the last day that I broached the topic of politics with him. He seemed quite happy to share his experiences with an Irishman, and was surprisingly well versed on the Troubles which had blighted our own island. His story however, made the hardships in Ireland seem trivial in comparison.

Ahmed lived in Northern Gaza and was a short commute from Tel Aviv. In 2004, his brother’s house was shelled and a bulldozer began tearing down the street where it stood.

Ahmed’s nephew was badly injured by the shelling and his brother - clearly emotional from the attack - protested as the soldiers prepared to demolish his house. He was subsequently shot dead by Israeli troops before Ahmed could reach the house.

Attention quickly turned to saving the injured nephew. Ahmed and his father drove the wounded child to the Israeli border, hoping to get to a hospital in Tel Aviv. The border was closed following the Israeli offensive.

So Ahmed turned the car around and drove to the far end of Gaza. They crossed into Egypt and brought the child to a hospital there.

He was pronounced dead the next morning. Ahmed wrapped his nephew in cloth, placed the body in the car, and drove back to Gaza to begin making funeral arrangements.

Finally, Ahmed and his father gave up. They took the child out of the car, dug a grave at the side of the road and buried him in Egypt.

After telling his story, Ahmed asked me a simple question; “What would you do?”

Honestly, if I had suffered such hardships, I doubt I could stand idly by and do nothing. But for Ahmed, sport was his life. He openly admitted that sport saved his life.

Sport saved him from picking up a rifle and joining the violence.

I learned two things from Ahmed. The first is that sport has the power to do such good in the world. The second is that those in positions of power and privilege have an obligation to protect the weak. It is wrong to do nothing. In the modern era of social media, none of us can claim ignorance.

Nowadays, seven degrees of separation means that a friend of a friend of your Facebook friend is probably trapped behind those concrete walls in Gaza.

We are all to blame for letting this happen. Evil triumphs when good men do nothing. The US spent billions of dollars on the Iron Dome which protects the Israeli citizens from Hamas rockets. But who is protecting the poor souls trapped in Gaza?

Who is protecting the families hiding in makeshift shelters while Israeli shells fall all around them?

The UN stands by and shakes its head. The EU sits quietly on the fence. Even the slightest criticism of Israel is quickly followed by the same tired line; “we accept Israel’s right to self-defense”. As if any sane individual could call bombing hospitals and shooting children a legitimate form of self-defense.

The world is doing nothing. Evil triumphs.

Celbridge man Neil Fleming, PhD, is currently an assistant professor in the Department of Kinesiology, Recreation and Sport at Indiana State University. He narrowly missed out on qualifying for the Irish team for the last Olympics. In the ‘pre-Facebook’ days, he lost touch with Ahmed after the training camp ended.