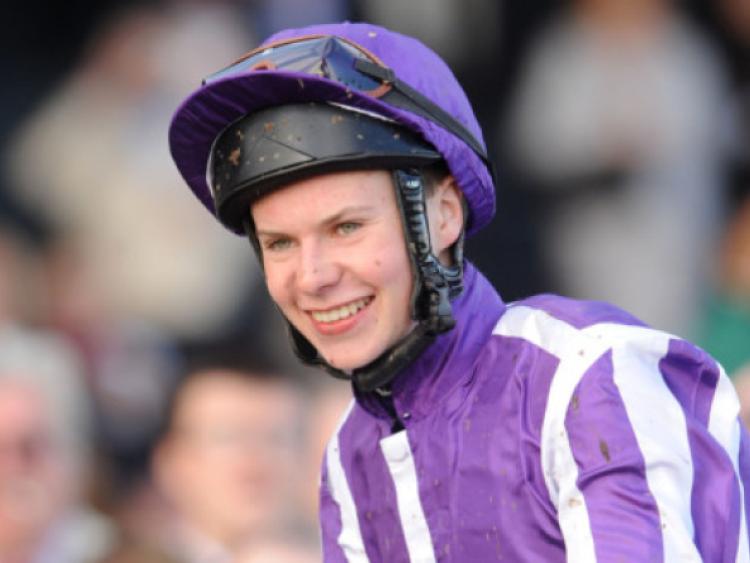 THERE are two things special about Desert King’s triumph in the 1997 Irish Derby; It was the first of Aidan O’Brien’s ten victories to date in Ireland’s premier Classic, and it’s Joseph O’Brien’s first memory of the great race.

THERE are two things special about Desert King’s triumph in the 1997 Irish Derby; It was the first of Aidan O’Brien’s ten victories to date in Ireland’s premier Classic, and it’s Joseph O’Brien’s first memory of the great race.

“I was only four when Desert King won the Irish Derby so I don’t remember too much of that day. I’ve obviously seen the video and replay, like all of Dad’s other Irish Derby winners.” says the 21-year-old of that occasion.

Since that day, Joseph’s record breaking father has added a further nine Irish Derby wins to his collection. And for his record breaking son, there are some which stand out more than the rest.

“I remember Galileo and High Chaparral very well and they won the Irish Derby back-to-back in 2001 and 2002. They were two great horses and they both completed the Derby double. They proved themselves to be two very high class racehorses.”

When it comes to Irish Classics, there’s nothing that Aidan O’Brien hasn’t achieved. Joseph rates his father’s seven consecutive Irish Derby successes from 2006 to 2012 as one of his greatest feats yet. “It’s an unbelievable achievement to do something like that and we’ve been very lucky to be in a position to have horses like that to train and to go to war with over the years.”

Of the nine Aidan O’Brien-trained winners, which Joseph didn’t ride to success at the Curragh, the 21-year-old is in no doubt as to which he would have liked to ride most. “I would have loved to have ridden Galileo, especially as he’s proven to be such a good stallion. He was a great horse and if I was to pick one, I’d pick him!” beams Joseph of the 2001 champion.

Funnily enough, it’s not just the Irish Derby champions trained by his father which influenced Joseph during his younger years.

“I would have watched all the videos of Vincent O’Brien’s great horses winning the Irish Derby at the Curragh. When you grow up and dream of riding in races like the Irish Derby and watching Lester Piggott, it’s hard not to get excited.”

Like most things in life, Joseph had to wait to taste Irish Derby success. “When I rode Camelot in 2012, it was actually my third ride in the race. I had ridden At First Sight in 2010, behind Cape Blanco, and then I finished third on Memphis Tennessee in 2011.”

And unsurprisingly, it’s Aidan’s most recent Irish Derby hero which means most to the young man. That’s Camelot in 2012. “In the Irish Derby, Camelot proved what a champion he was. The heavy ground on the day had put his participation into doubt as he was a real good ground horse. We did take a chance running him on the very bad ground that day and we got away with it on the day. We probably paid for it later in the season though. That day however, he proved the champion that he was that he could win an Irish Derby in such bad conditions.”

Joseph’s partnership with Camelot undoubtedly put him into a limelight that he had yet to experience. And yet, it was a welcome experience for the then 19-year-old jockey. “When you’re riding a Derby winner, there’s always pressure but pressure can be good and you can use it positively. Pressure can make you sharper but I don’t think you approach races too much differently. You just have to channel it in the right direction.”

On Saturday, Joseph may very well get the chance to ride his second Irish Derby winner. And like Camelot two years ago, Australia, should he line up, will be bidding to complete the Derby double. “Australia has come out of Epsom very well. He travelled and relaxed very well in the Epsom Derby and he showed that he had plenty of class and plenty of pace.

“He showed that he’s a very uncomplicated horse to ride as well. We’re very happy with him and we’re looking forward to him running again. The next logical step for an Epsom Derby winner is the Irish Derby at the Curragh. You’re taking on three-year-olds only for possibly the last time.”

“For a horse to complete the Derby double at the Curragh, it’s a massive thing to do. The Epsom Derby and Irish Derby are probably the two biggest three-year-old races in the world and if a horse can do that, it’s a big deal, particularly for their stud career.”

“The ground will have a big say with regard to where Australia runs this season. Races like the Eclipse, the Irish Champion Stakes and the Arc all have to be considered. He’s a very good horse and as well as now being a Derby winner, he was just beaten in the strongest 2,000 Guineas that we’ve had for a long time. I haven’t sat on too many horses better than him.”

On the possibility of taking on Kingston Hill, the runner-up from Epsom?

“It’s all about the best horses taking on each other, in the best races, and Australia and Kingston Hill look to be the two best three-year-olds from Epsom. Kingston Hill ran a massive race at Epsom and he’s a big powerful horse. The Curragh will suit him and he stays well and you would have to pay him plenty of respect. You could argue that 1m4f at the Curragh maybe takes a bit more getting than Epsom but we would look forward to the rematch. “

The long term target for Joseph is a clash with Treve in the Prix de l’Arc de Triomphe.

“It’s a long way away but I’d relish that prospect of taking on Treve with Australia. I definitely wouldn’t be backing out of it!”

So success in the Irish Derby is just as good for a jockey’s career as it is for a horse. And Joseph knows that more than anybody else. “There’s no doubt that winning your home Derby is as big an accolade as a jockey can have. The Irish Derby is the biggest race of the year in our country and I’ve been very proud to win it already.”