Golden moment for Athy and Willie 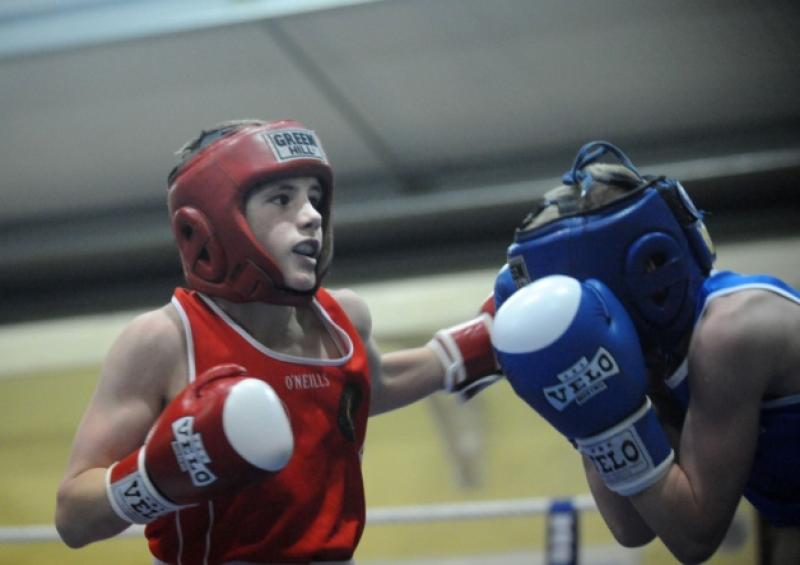 Athy’s latest boxing success - garnered on Sunday in the city of Kiev, Ukraine - has been hailed as a victory for the entire south Kildare community.

Athy’s latest boxing success - garnered on Sunday in the city of Kiev, Ukraine - has been hailed as a victory for the entire south Kildare community.

Willie Donoghue arrived home last night to a reception at 10pm with another international success for the St. Michael’s Boxing Club having landed a gold medal at the World Junior Championships. The 15-year-old is already looking ahead to the Junior Olympics next year.

Kildare Mayor Mark Wall paid tribute to the club, which has done much good work with local young people.

“It’s a great facility for the town and caters for young people who may not be participating in other sports. The facility is also open in winter when outdoor facilities might not be available because of weather conditions and it’s open to other clubs.”

Local councillor Mark Dalton said the success is a great day for the town as well as the club, not to mention Willie.

“It’s testament to the work done by the lad himself and the tremendous input of coach Dom O’Rourke here in Athy as well as at national level. The Athy club is one of the strongest in Ireland even though it started out from humble beginnings and more recently moved to a new premises. One of the features of the club is the willingness of older more successful boxers to help young boxers and we’re seeing the benefits of that.” Light flyweight Willie added the world title to his many successes by defeating Danny Gonzalez (USA) on a split decision, with two of the three judges deciding he’d done enough to win.

Ireland sent a total of 11 boxers to the championships which attracted a total of 57 countries.

Dom O’Rourke paid tribute to the commitment of Willie, who passed his Junior Cert exams this year.

“He came into the club at 7 years of age and even at an early stage he had potential.”