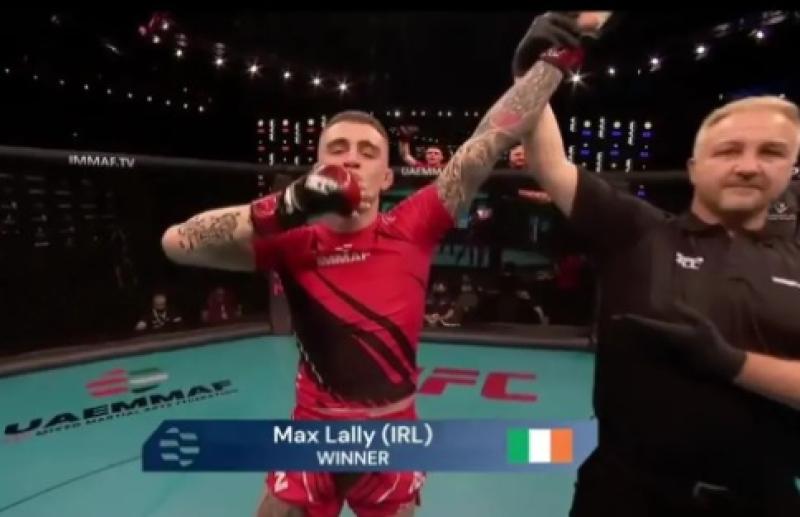 A rising young MMA star representing a Kildare gym scored a victory in his first bout at the World Championships in Abu Dhabi this morning.

SBG Naas fighter Max Lally won with a second round rear naked choke over Estonian Casper Vahemets in the Male Junior Lightweight division. The 18-year-old is one of the rising stars of Irish mixed martial arts and is making his first appearance at the International Mixed Martial Arts Federation's World Championships tournament.

Lally won welterweight gold at the Youth World Championships in Prague last summer before going on a sensational regional run in Ireland, including two Cage Legacy victories last winter, which has made him one of the most talked-about amateurs in the country.

Next up for Lally at the Worlds is Mongolian Bat-Ochir Batsaikhan, who he will face tomorrow afternoon.

Ireland has sent a team of 19 amateur male and female fighters to the World Championships, which started today and will run until this Saturday, January 29. SBG Naas wrestling coach Sergey Pikulskiy is also on the panel accompanying the Irish squad.