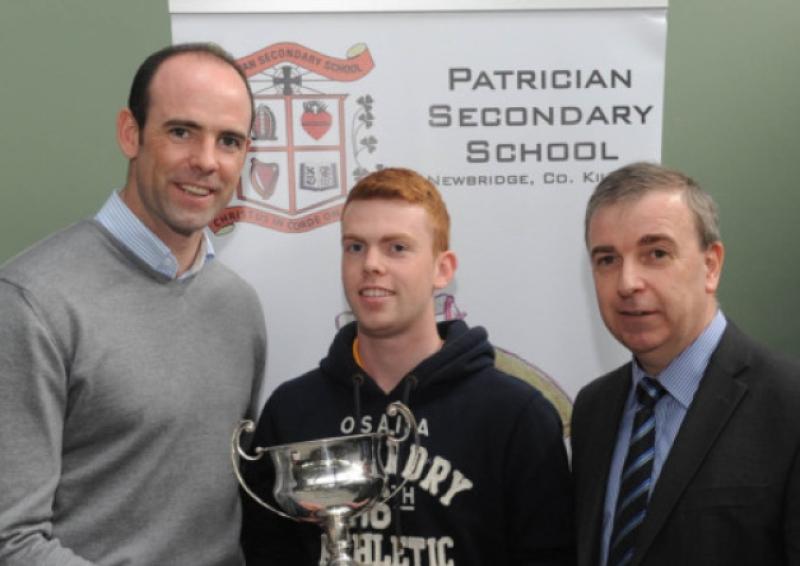 Dermot was quick to point out the importance of being a rounded individual and listening to coaches, if you wished to achieve at the higher level. He also paid tribute to the teachers who give of their time voluntarily to encourage students to fulfil their potential.

School Principal, Mr Pat O’Leary thanked Dermot for giving of his time, considering the busy schedule he had and encouraged students to learn from one of Ireland’s greatest GAA stars.

Ballyteague’s Donal Dempsey followed a long list of renowned sportsmen, including Dermot Earley, in winning the Senior Sports Star award, while Sarsfields Conor Hartley took the Junior version. Sports Captain T.J. Carroll was awarded the Sports Leadership accolade for his involvement in sport inside and outside school, but also for his part in the running of a successful Health & Fitness week in the school earlier in the year.