Hectic fixture calendar ahead for Kildare hurlers and footballers 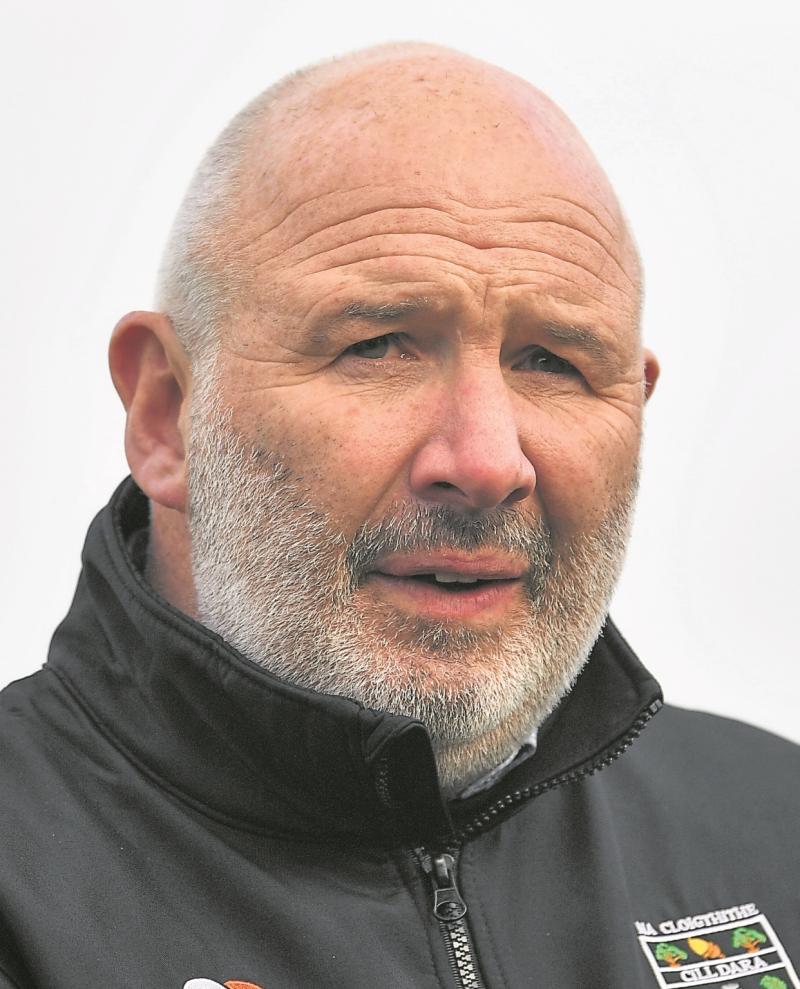 We may be just limping out of the season that was 2021 but footballers and hurlers, Ladies and the camogie folk will have little time before they resume activity in 2022.
With the action on the club scene still, thankfully, seeing two clubs (and three teams) still heavily involved we look forward with much anticipation as Naas footballers and hurlers, along with Kilcullen footballers seek provincial titles in the next two weekends, games we will be previewing in our next edition.
On the county scene fixtures for 2022 were released last week and while last season was a split season the upcoming 2022 year will see that initial fixture calendar cemented with a more defined, more condensed inter-county season to allow for the club action to get under way and indeed to be finished in the calendar year, all of course, depending on circumstances and hopefully an end to this dreaded Covid 19.
This upcoming year will of course will see a new football management in place following the somewhat surprising departure of Jack O'Connor after two years in charge, the second year of course seeing Kildare gain promotion to Division 1 of the Allianz Football League and reaching the Leinster final, a final won by Dublin but one that many felt with a different approach, could have been a fair bit tighter than the final outcome.
Kildare players, like the rest of the entire inter-county players, have been back in training for the past two weeks or so with the opening rounds, in Leinster, of the O'Byrne Cup due to start on Saturday January 8, with a home game against Westmeath, in St Conleth's Park, with a 2 pm throw-in time.
That of course is the same day Naas take on Kilmacud Crokes in the AIB Leinster Club SFC final, that in Croker with a 5 pm throw-in, so a bit tight for followers anxious to see both games live, although the Leinster Club game will be shown live on RTÉ.
Following that opening O'Byrne Cup game, The Lilies will be back in action the following Wednesday (January 12) when they take on Carlow in Carlow, a game timed for 7.30.
The semi final of the O'Byrne Cup is fixed for Wednesday January 19, with the final down for Saturday January 22.
A busy, busy start for the footballers but then it is a great opportunity for players to make an early impression on the new management team with the Allianz Football League starting up at the end of the month, more about that later.
Meanwhile David Hearty's hurling side will open their 2022 campaign in the Kehoe Cup on Sunday January 16, 2pm, followed by a home game a week later, another away game, this time against Westmeath with the final game against Meath on Sunday January 30, 2 pm.
It is certainly a tough start for the hurlers, especially with the Naas lads not being involved (12/13 on the panel) but again a great opportunity for new players.
That game clashes with the footballers opening AFL game against Kerry in Newbridge so presumably some change will be made with the hurlers possibly moving back to Saturday but we will have to await developments on that one.
The final of the Kehoe Cup will see the top team in each group meeting (no fixture for that as of yet).

AALLIANZ FOOTBALL LEAGUE
Meanwhile the much awaited and anticipated fixtures for the Allianz Football League have finally been announced, with the fixtures more or less as published in the Leinster Leader some weeks ago.
And what a fixture list to look forward to beginning with a home game on Sunday January 30 (1.45) when Jack O'Connor will no doubt get a 'hot' welcome when he brings his Kerry side to Newbridge.
In all there are seven games in Division 1, played between the last Sunday in January and the third Sunday in March.
Round 2 sees The Lilies hit the road when they travel to Ballybofey to take on Donegal.
A two week break then before Kildare travel again, this time to Omagh to take on All-Ireland champions Tyrone on February 20 and then just a week, a full house, all going well , when the Dubs make a rare visit to St Conleth's Park (Sunday February 27, 1.45).
A two week break after the Dubs and it is up to the Athletic Grounds and a meeting with our good friend and former manager, Kieran McGeeney's Armagh.
A home game for the second last game of the series and the visitors are Monaghan (Sunday March 20) with the final game a week later, against our Newbridge Or Nowhere friends, Mayo, but as MacHale Park pitch is being redeveloped, Mayo are playing their home games in Sligo, Roscommon and Leitrim, so it is off to Leitrim and Carrick-on-Shannon and Páirc Seán Mac Diarmada.
So an incredible set of fixtures; a tough seven games, both home and away, but a fixture list that Kildare fans are eagerly looking forward to.
Some baptism of fire for manager Glenn Ryan, and his selectors Johnny Doyle, Dermot Earley and Anthony Rainbow and as we said with the opening game the last Sunday in January, it certainly will give a more than usual focus on the O'Byrne Cup series.

ALLIANZ HURLING LEAGUE
Meanwhile David Herity's hurlers begin their League campaign in Division 2A with a home game against Meath on Sunday February 6 (2pm) followed by an away encounter with Kerry a week later in Tralee.
A two week break will see action resume, away to Down in Ballycran (February 27); finishing off with two home games against Carlow and Westmeath March 6 and 20.
So again a very tough assignment but as David Herity has said since the first day he arrived in Kildare, playing in Division 2A was essential if Kildare are to continue to build on the undoubted progress they have made over the last few years.

LEINSTER SFC
Meanwhile Kildare are due to open their 2022 Leinster SFC campaign, a quarter-final clash on Sunday May 1 against the winners of Carlow and Louth.
Semi-finals fixed for May 15 and the final for Sunday May 28.
christy ring
Kildare, back in the Christy Ring for 2022, open their campaign on Sunday April 10 when they take on Mayo (away); followed with games against London (away, Saturday April 16); a week later they take on Derry (at home); Round 4, Saturday May 7 (away) with the final game against Sligo, also at home, on Saturday May 15.
The final of the Christy Ring is down for Saturday/ Sunday May 21, 22.