Naas lead the way in a bumper edition 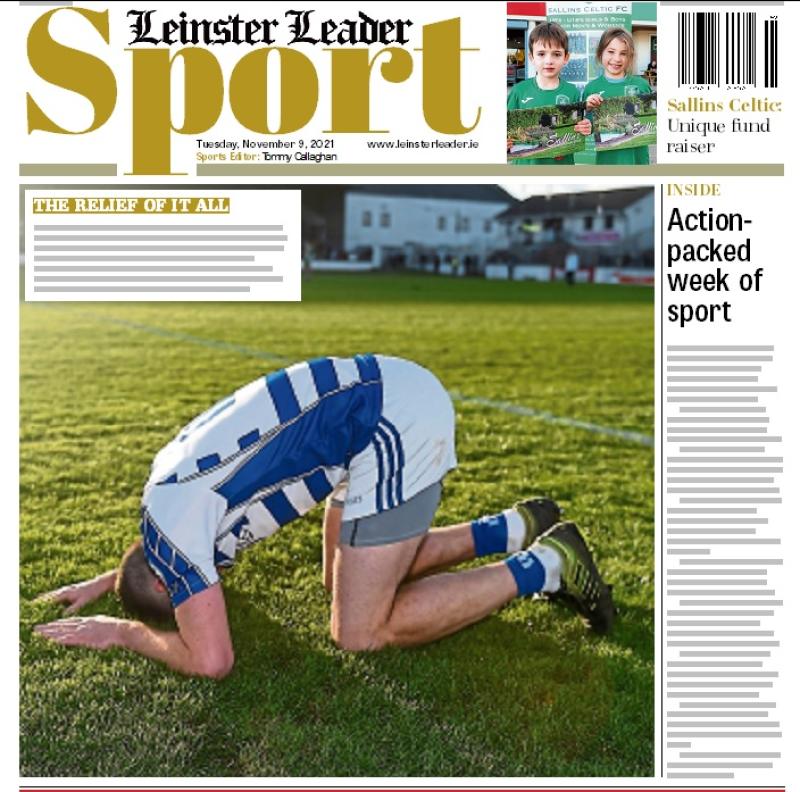 Massive win for Naas as they crowned senior football champions for the first time in 30 years.

Reports, reaction, comment and picture specials from the big day.

No denying Kilcock as second time of asking as they defeat Ballymore Eustace and are crowned intermediate champions, reports reaction and comment.

Late goals do the trick for Balyna in minor final cracker

Kildare GAA all set to 'tapand go' as cash is no longer king, Tommy Callaghan reports from latest Co. Board gathering.

In Rugby big win for Naas in AIL, while Cill Dara and Newbridge also record massive wins in Leinster Leagues.

Golf: results from the fairways.

Soccer: Clane capture Division 1 Cup against Monasterevan; round up of the FAI Cup games, tables, results and fixtures.

All that and much more in this week's bumper edition of the Leinster Leader ... in the shops now.