One to watch: Breakthrough for Kildare's JB Murphy at European Cycling Track Championships 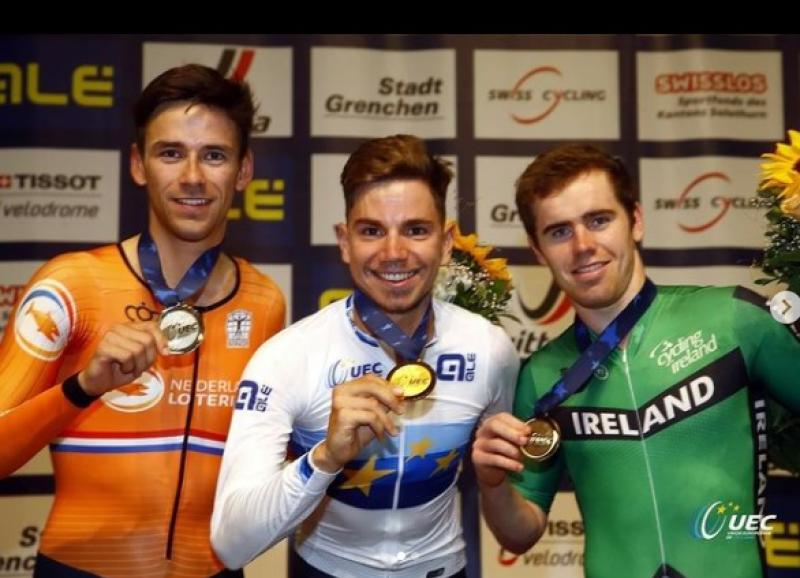 JB with his bronze medal

Athgarvan's JB Murphy made a big breakthrough in his cycling career, winning a bronze medal for Ireland in the scratch race at the UEC Elite European Track Championships in Grenchen, Switzerland yesterday.

The Kilcullen Cycling Club man powered ahead of the rest of the competitors, riding out front for ten laps before coming home in third place.

The event was won by Rui Oliveira of Portugal followed by Vincent Hoppezak of the Netherlands in second.

The 21-year-old has tasted success at the upper echelons of track cycling before. In July 2017, he won a silver medal at European Track Cycling Championships and a bronze in the World Junior Track Championships in Milan a month later. To put it all in context, when he won the first silver medal it was only his very first race on the track, and only four weeks after he had ever set foot in a velodrome.