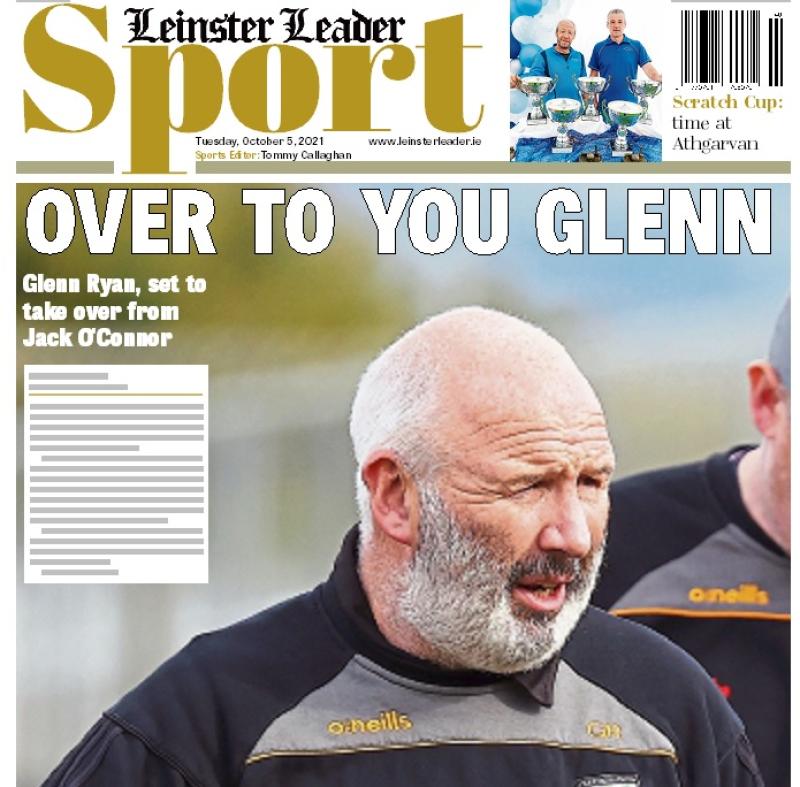 Positives all around as Glenn Ryan and his fellow stars of 98 and 2000 set to take charge of Kildare.

New era dawns with the appointment set to take place in a week (Tommy Callaghan).

Some brilliant games in the senior football championships as champions Athy march on after a titanic battle with Clane; Carbury set up a date with Naas this weekend while Sarsfields put on another show of strength and power to reach last four. Maynooth dig deep but get the better of The Larries.

Extensive coverage of all the football championship clashes over the weekend and a look ahead to another mouth-water weekend of action.

Rugby: The AIL returns as Naas travel to Old Belvedere while the Leinster League continues, reports from the local games.

Golf: all the results from the Fairways while on the Pitch and Putt scene we carry a picture special from the Athgarvan Club on one of the biggest days of the year.

Soccer: KDFL soccer with match of the day; and all the Senior Cup action, plus fixtures, results and up-to-date tables