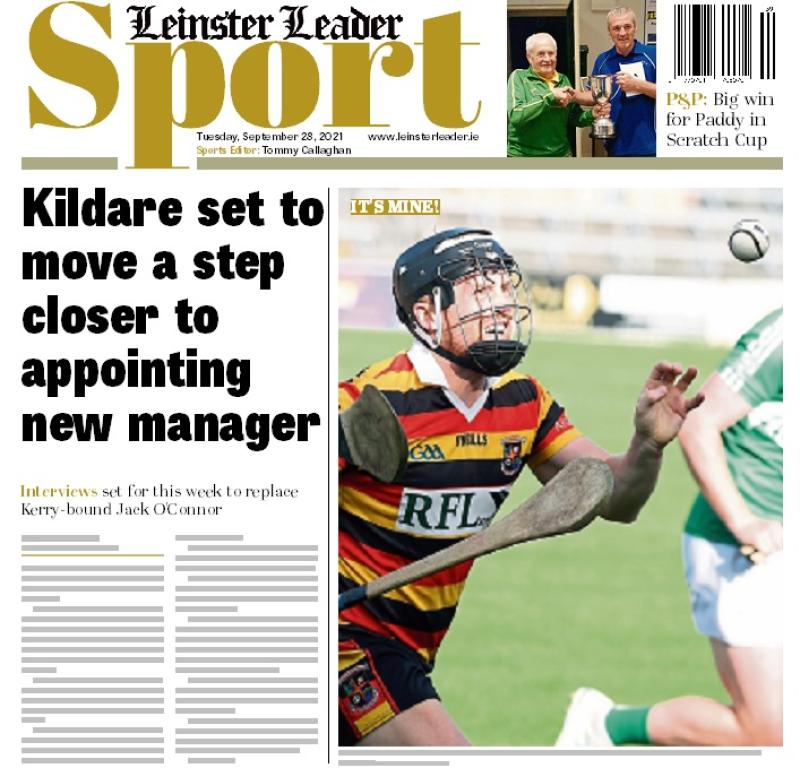 The Senior Hurling Championship is down to the last five, with one quarter-final and the semi-finals; this week we carry extensive reports from the four Round 3 games as Naas, defeat Celbridge; Ardclough get the better of Confey; Leixlip upset Coill Dubh while Clane defeat Eire Og Corrachoill.

Big decisions on the way, and not just on a new manager (Tommy Callaghan);

We preview an extensive weekend of senior, intermediate and junior football championship as the knock-out stages get under way; along with relegation finals.

Rugby: The Leinster League resumes with big wins for Newbridge and Cill Dara.

Golf: all the results from the Fairways plus a feature on McDonagh Pitch and Putt Scratch Cup.

Racing: Jessica Harrington recent hot run of winners continues as we look review the all the Kildare racing News.

Soccer: Another busy week on the KDFL scene with the feature game this wee Athy Town win over Allenwood in the FAI Junior Cup; plus FAI Junior Cup action round-up, along with all the results, fixtures and up-to-date tables.