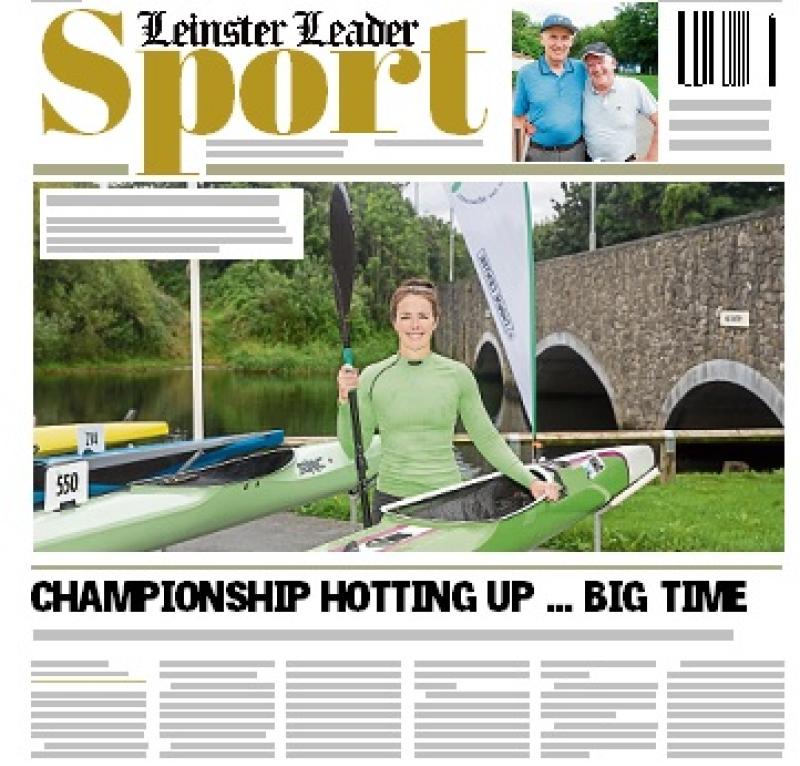 As the football championship hots up following Round 3, we carry reports from all the action as champs Athy get through by the skin of their teeth; favourites, Sarsfields fall to Celbridge; Naas get better of JTB; Raheens edge out Clogherinkoe while Round Towers end Moorefield season; Carbury defeat Eadestown; St Laurence's prove too strong for Castledermot, and Clane defeat Confey.

In the IFC there were wins for Leixlip, Suncroft, Nurney, Monasterevan, Kilcock, Allenwood, Ballymore Eustace while Kevin's and Ballyteague end all square ... reports from all the games.

In the JFC top of the table between Kilcullen and Rathcoffey are deadlocked while there were wins for Robertstown, Athgarvan and Grangenolvan, again, reports from all these games.

This coming weekend sees the action turn to the SHC, we preview the four games.

All the results from the Fairways along with picture specials of the Moorefield Classic and Athy President's Prize.

Barjoe continues good run as we carry our weekly extensive report from the Newbridge Dog Stadium.

Racing: A look back at the Kildare Racing News from the past week.

KDFL Soccer: Rathangan prove too strong for Suncroft in LFA Junior Cup; all the results, fixtures, up-to-date tables along with a round-up of all the Cup action.