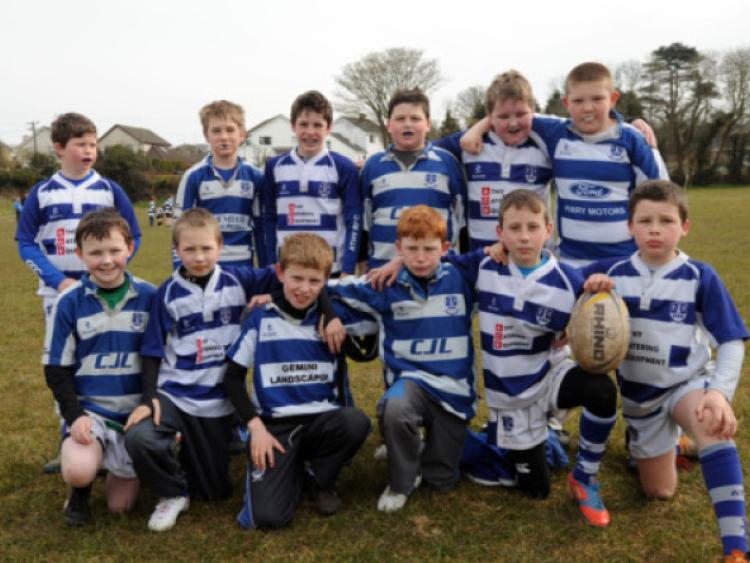 Newbridge St Brigid’s and Leixlip will represent Kildare at the Hse National Community Games Finals in May after they emerged victorious in the Leinster Finals in Longford at the Weekend. Twelve Kildare teams travelled to the event staged in various venues around County Longford.

Newbridge St Brigid’s and Leixlip will represent Kildare at the Hse National Community Games Finals in May after they emerged victorious in the Leinster Finals in Longford at the Weekend. Twelve Kildare teams travelled to the event staged in various venues around County Longford.

A Daniel Madaghjian hat-trick gave St Brigid’s a 4 -1 victory over Ashbourne (Meath) in the U13 Indoor Soccer Final event held in Edgeworthstown Community Centre. The boys had earlier being in devastating form with an emphatic 9-2 trouncing of Killcormac Killoughy (Offaly) in the Semi-Final.

Leixlip continued their dominance of Community Games Girls Handball scoring a decisive victory over Glynn Barntown (Wexford) in the Final of U13 Handball (one-wall).

The Wexford side had earlier beaten Kells (Meath) in the semi-Final by 30 points but could not match the Leixlip Girls’ skills in the Final. After the Doubles match Leixlip led by 24 and required just 7 points for victory. Emma Brown duly obliged totting up the seven required points early in the first set,

Kildare teams did contest a further three Finals. Newbridge St Brigid’s reached the final of U11 Tag Rugby while Confey contested the U13 Table Tennis Final and Maynooth East reached the U10 Indoor soccer Final.

Maynooth East reached the Final of U10 Indoor Soccer overcoming Tubberclair Glasson (Westmeath) 3-1 in the process. The Maynooth lads had a dream start against Graiguecullen (Carlow ) going into a 2-nill lead during the first 10-minute period. The dream turned into a nightmare as Graiguecullen scored early in the second period and kept the momentum to run out 4-2 victors

Newbridge St Brigid’s came agonisingly close in U11 Tag Rugby losing out to Clonguish (Longford) by the odd try in Thirty One (16-15). They had early beaten Portarlington (Laois) 4-3 after extra time in a very close Semi Final.

The Girls U13 Table Tennis turned into a straight final between Confey and Enfield (Meath) after two team withdrew due to other commitments, Sarah Cahill won both her matches for Confey but Enfield went on to win 4-2.