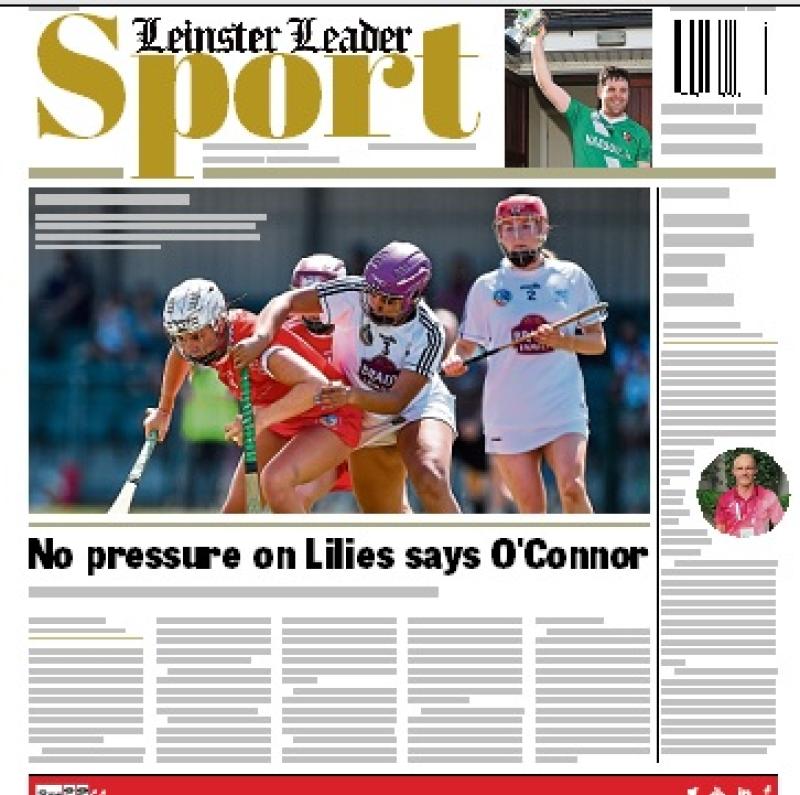 Sure we'll go along for the day out ... you never know who we might meet (Tommy Callaghan);

On the club scene: Raheens book a place in the Leinster Leader Cup final and a meeting with Sarsfields this Saturday.

A look ahead to a big club day on Saturday with the 2020 Senior Hurling Championship final and the 2021 Leader Cup final.

In the SHC, Leixlip retain status while Coill Dubh must try one more time.

On the camogie front, no joy for Kildare at intermediate or junior level.

All the results from the Fairways and a round-up from the Pitch and Putt scene.

All that in this week's Leinster Leader ... in the shops now.

Kildare minors fail to sparkle as Dublin advance to the decider.