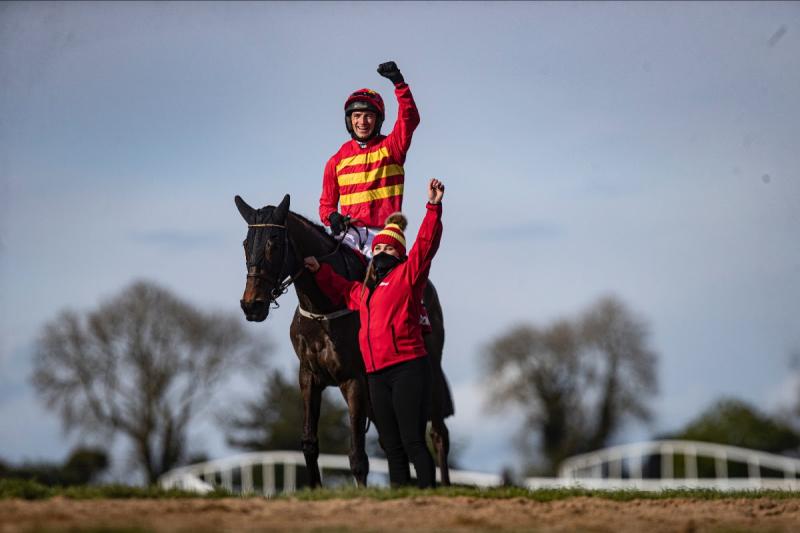 An intended chasing career may be deferred further if not consigned to the dustbin completely after Klassical Dream wowed even the most grizzled of racing observers with a stunning victory in the Grade 1 Ladbrokes Champion Stayers’ Hurdle at Punchestown.

Ridden by Patrick Mullins, who now moves three clear of Jamie Codd in the race for Qualified Riders’ Championship honours, Klassical Dream was overcoming the not inconsiderable handicap of a 487-day absence since his last run, a disappointing effort when beaten 46 lengths at Leopardstown in Christmas 2019.

The former Supreme Novices’ Hurdle and Punchestown Festival winner had schooled over the larger obstacles but suffered a setback that put Plan A on the backburner.

Not for the first time, Plan B came up trumps for trainer Willie Mullins, whose team deserves tremendous credit for getting the Joanne Coleman-owned seven-year-old to the track in pristine shape after such a lengthy lay-off.

“I can’t say I’m surprised,” said Mullins Jnr. “He’s a very high-class horse. It just went wrong for him over two miles. I know he hadn’t ran in a long time but he was ready to run at Christmas and had a small setback and then it was too late to go chasing.

“Eilish Byrne deserves a lot of credit. She rides him out all the time. She’s put a lot of time and effort into him. He’s not simple.

“I had to put my gloves on after the false start as he was starting to get sweaty. We went a real strong gallop. He went off like he was going to be keen but Eilish told me that he’d settle well and he did once we jumped the first.

“He jumped well all the way. He came out of my hands at the first one up the side first time and after that I kept squeezing him into them. He was very clever going a bit slower than a two-mile speed. He’s a very, very good horse.”

The Gavin Cromwell-trained Flooring Porter went off strongly but even as he gave way to French Dynamite, the eye was drawn to the bright red and yellow colours apparently travelling at half-speed.

Once his pilot gave him the office, Klassical Dream sprinted clear and despite being sloppy at the last, eased clear to prevail by nine lengths from stablemate James du Berlais.

“I’m getting to pick up rides in Grade 1s,” said of his battle with Codd. “Jamie doesn’t have that kind of ammunition. When you’re riding for Willie Mullins at Punchestown, it makes the job a lot easier.

“I’ve been lucky enough to win the Champion Hurdle, the Champion Chase and the Champion Stayers’ here at Punchestown. I was second in the Gold Cup one year on Djakadam but hopefully we might get the full set at some stage.”

Mullins went on to reach double figures for the 2021 Punchestown Festival as Capodanno ran away with the Conway Piling Handicap Hurdle. The five-year-old was ridden by Jody McGarvey who was the seventh jockey to win on a Mullins-trained winner so far this week.