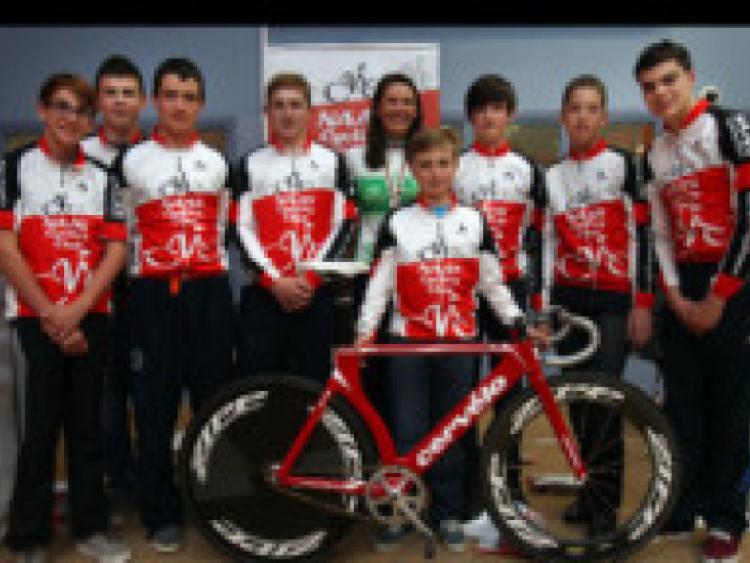 The success of Tour de France participant Dan Martin has served to promote the sport of cycling.

The success of Tour de France participant Dan Martin has served to promote the sport of cycling.

And the Naas Cycling Coub has been quick to grasp the opportunity. The club’s awards night and WHEELS launch coincided with the Martin’s first stage win in Le Tour.

Caroline from Johnstownbridge is a multiple Irish champion and holds a world championship bronze medal. Anto Moran is a top coach and was vice-president of Cycling Ireland.

Both Caroline and Anto complimented the club’s youth section for it’s dedication to a structured and well laid out cycling programme for youths which also includes a series of progressions and awards for the young members.

Declan Keogh from Kildare road safety said he was privileged to attend the event adding youth cycling and road safety are very important.

Cllr. Rioghnagh Bracken congratulated the club on the ‘huge numbers which can be seen outside the Naas Courthouse every Sunday morning’ and hoped that other clubs will follow suit elsewhere in the area. The club is one of the biggest locally.