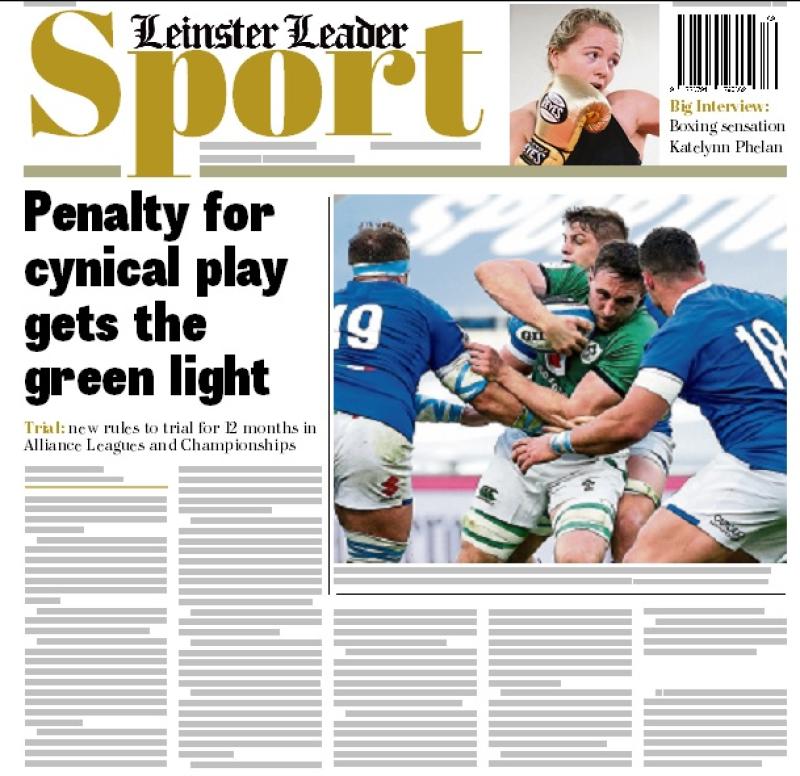 GAA Congress: two major decisions taken that could change the GAA for ever.

The Big Interview: Katelynn Phelan, brilliant amateur and now the Kildare town unbeaten professional after four bouts, which has seen her capture three major belts in a recent bout in Germany. Katelynn talks about her youth, her hopes for herself and for St Brigid's Boxing Club.

John Fitzsimons is one of country's up-and-coming 800m athletes and this week he heads to Poland, along with a big Ireland contingent to compete in the European Indoor Championships. John talks to the Leinster Leader in this week's edition.

Racing: A look back at the Kildare Racing News and we carry the HRI statement on the Gordon Elliott breaking story.

We carry our usual extensive weekly report from the Newbridge Dog Stadium.

And we carry a moving tribute from Coill Dubh Hurling Club on one of their favourite adopted sons, PJ Curtin, who passed suddenly recently.