In this week's Leinster Sport 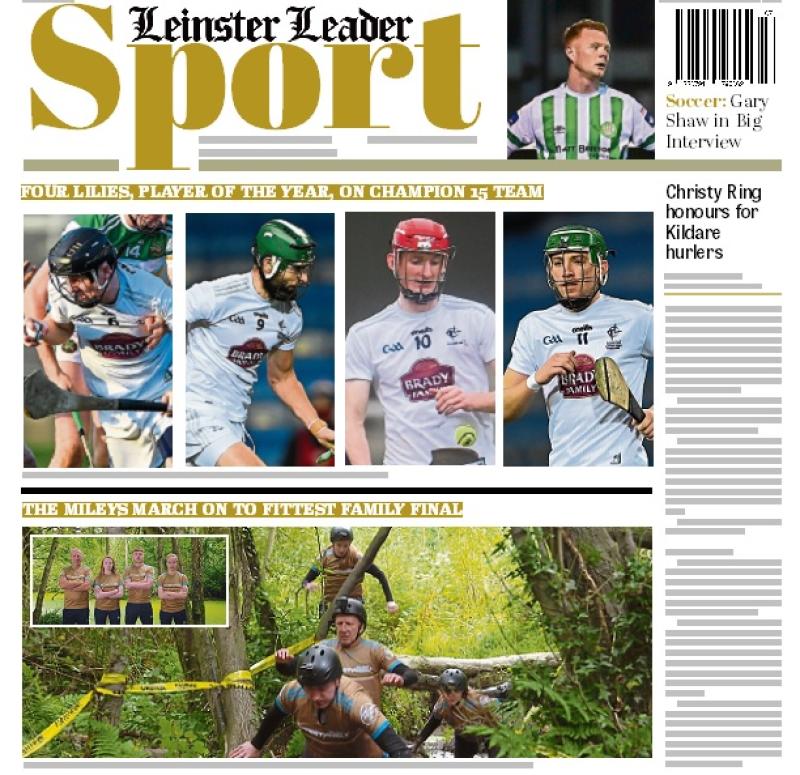 Gary played with Newbridge Town from an early age before transferring to Bray Wanderers.

When there he played with the Irish Colleges team before becoming a member of the Ireland U19 team that qualified for the Euro finals.

Ravaged with injuries that time and time knocked him back, he showed tremendous resilience to come back to play in Europe with Shamrock Rovers, amongst other club, where he was also voted Player of the Year.

Read a fascinating decade in the life of a talented player, who will this season line out with Bray Wanderers, his first senior club all of ten years ago.

Four Kildare hurlers selected on the Champions 15 team of 2020, while Paul Divilly is named Player of the Year in the Christy Ring Cup.

Meanwhle the Miley Family of St Laurence's stormed into the RTÉ series to find Ireland's fittest family, the final of which will be screened this Sunday evening.

One of the great Kildare and Moorefield players, Jimmy Cummins, who passed away recently is fondly remembered.

In racing our weekly look back at the Kildare Racing scene where Mark Walsh enjoyed another brilliant week in the saddle.

We look back on the incredible career of Tim Clarke, 40 years Kildare GAA Co. Secretary.