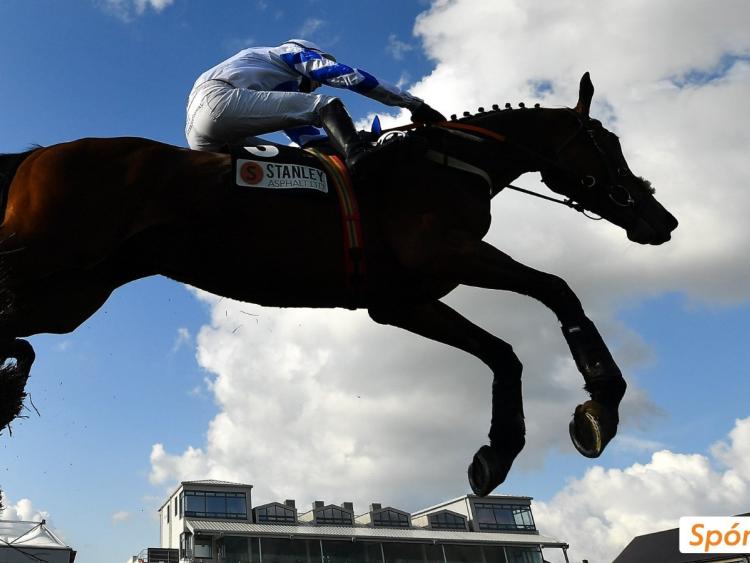 After a highly successful week broadcasting the Listowel Harvest Festival in September 2020, TG4 have announced additional racing coverage for 2021.

On Sunday, February 14, TG4 will be in Punchestown to broadcast their St Valentine’s day meeting at the iconic County Kildare racecourse. Beginning at 2.45pm, five races will be shown live with the first race broadcast at 3pm - ‘The Valentines Maiden Hurdle’.

The week in County Kerry was the sixteenth consecutive year broadcasting the famous racing festival in Listowel and TG4 are now delighted to extend its live racing coverage to Punchestown this February.

TG4’s live coverage from Punchestown will be presented by Seán Bán Breathnach and Mánus Ó Conghaile and they will be joined by reporter Daragh Ó Conchúir who will provide all the latest news and views.

Along with the five live races, there will also be a chance to see the first two races replayed in full during the afternoon’s broadcast.  The day’s main event is the sixth race at 4:30pm ‘The Punchestown Grand National Trial Handicap Steeplechase’ and no doubt this will be a great spectacle for the viewing public.

Conor O'Neill, CEO of Punchestown Racecourse and Chairperson of Horse Racing Ireland’s Media Rights Committee, said: “This is a fantastic development, and I must acknowledge all concerned in their efforts in bringing it to fruition. The team at TG4 have always been great supporters of Irish racing and indeed of Punchestown and this further supports that commitment.

“TG4 has long been associated with the Listowel Harvest Festival which has been the highlight of their racing coverage for many years. They have previously previewed the Punchestown Festival and of course we recently enjoyed the fantastic Dawn Run documentary which featured the iconic match race that took place here at the track in 1986.

“This is a great opportunity to showcase additional race meetings on terrestrial television to homes throughout Ireland and the racing will also be available on the TG4 Player on www.tg4.ie/live. Horse racing is an integral part of Irish culture and I’m delighted to welcome the TG4 broadcast team to the home of Irish jump racing on February 14. We wish TG4 every continued success and we look forward to developing this relationship further for Irish racing. Go n-éirí an bóthar leat.”